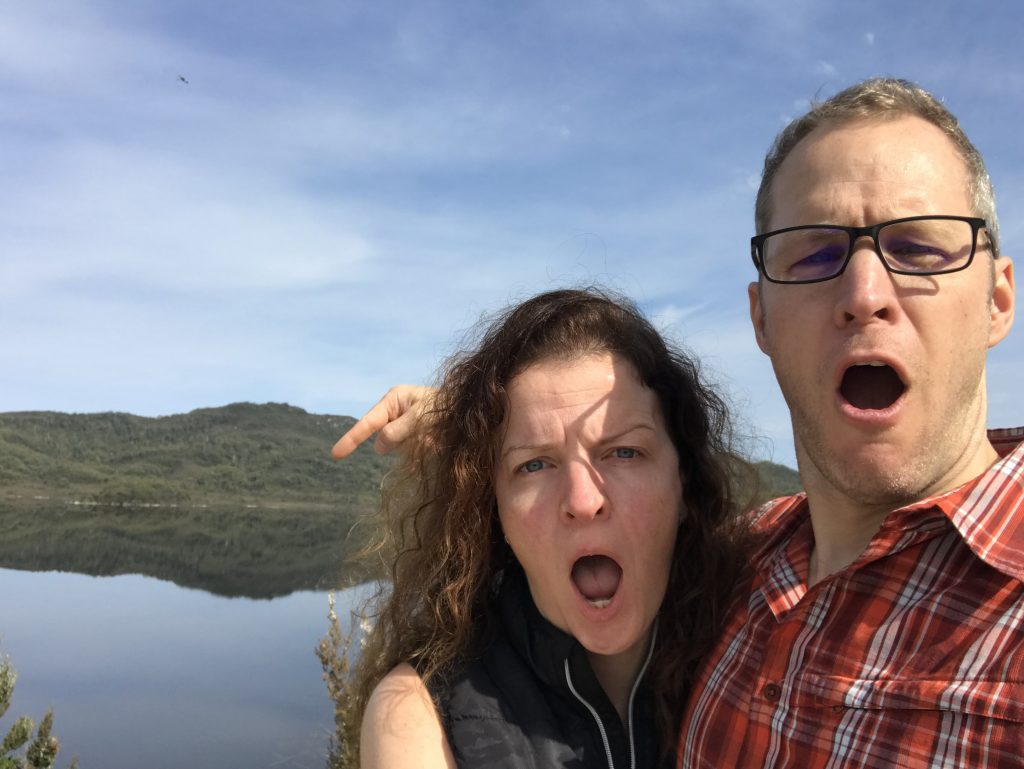 Here are some fun things I learned so far talking to other campers and rangers.

Camper Fun: Give your vehicle a name

Remember when I wrote about our van „Wolly“ and I thought we might need help because this may be a bit crazy? Turns out: this is a thing and many campers actually name their vehicles.

We met Carol and Graham who are on the road for a bit more than 2 of their planned 5 years – which I think is a fantastic retirement plan. Their off-road vehicle is named Henry (because it’s a Ford) and their initial caravan was called Jake. When they became afraid Jake wouldn’t survive traveling off the beaten track, they bought another caravan. It was custom-built by Bushtracker, so the new name had to start with a “B” (of course!). You can read about “Henry and Blake’s Adventures with Carol and Graham” on their blog.

During our “Creatures of the night” walk (a free “discovery activity“ at Mt. Field National Park), we met another couple who started traveling after their retirement. They planned to stay on Tasmania for 6 months and we learned about their car “Bob” and their caravan “Poo”. I immediately said “oh, like Winnie the Pooh”, but she added that they called him Poo because he was making so much trouble. ?

Give other things names, too (and take pictures of them)

My hiking boots are called “Reinholds” (after Reinhold Messner) and also my hiking poles got names. During a challenging hike in New Zealand (Roberts Point Track at the Franz Josef Glacier), I got so angry because I was constantly slipping, that I reminded Marcel of Tom in the outro sequence of Tom & Jerry.

So naturally, one pole is called Tom; the other Jerry ?. Another example is Marknuß, the walnut shell with a face drawn on it, that we got from our friend Magnus before we left. And of course, I wanted to take him with me on the whole journey. Unfortunately, for him it was a short journey, because Marknuß died in Sydney by force (I stepped on him ?). 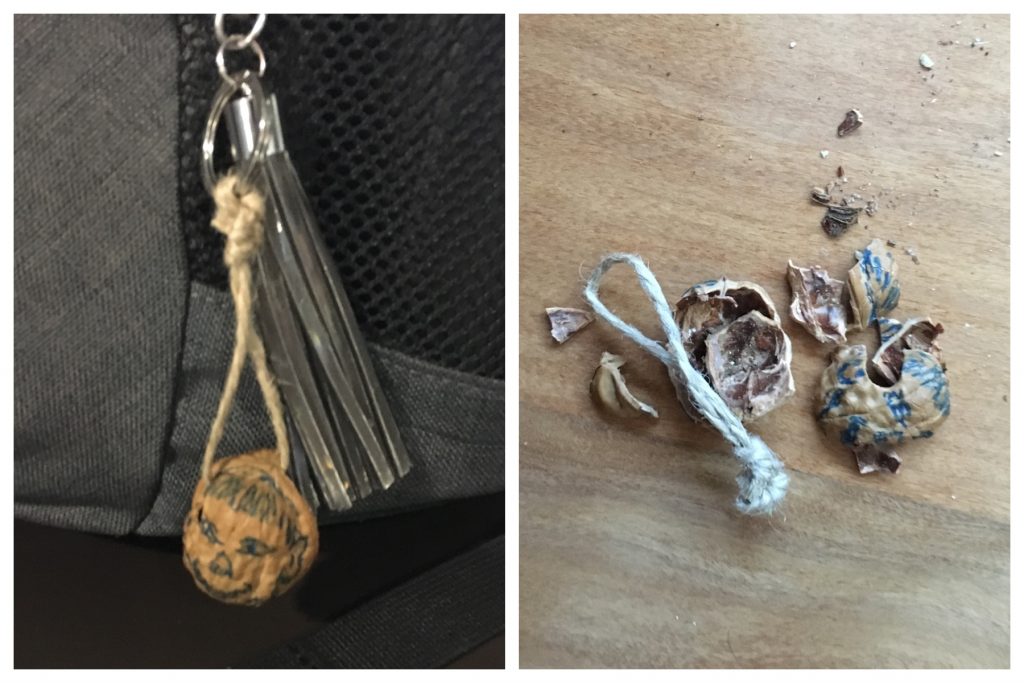 When we arrived in Sydney, we got some presents from family Woods (see this post), including two stuffed animals. As you may have noticed by now, Marcel and I have the habit to give names to things like stuffed animals, plants, and so on. So of course, these two little cuties also needed names. With Hugo’s help, we named them Skippy and Rocky – and started to put them in our pictures. 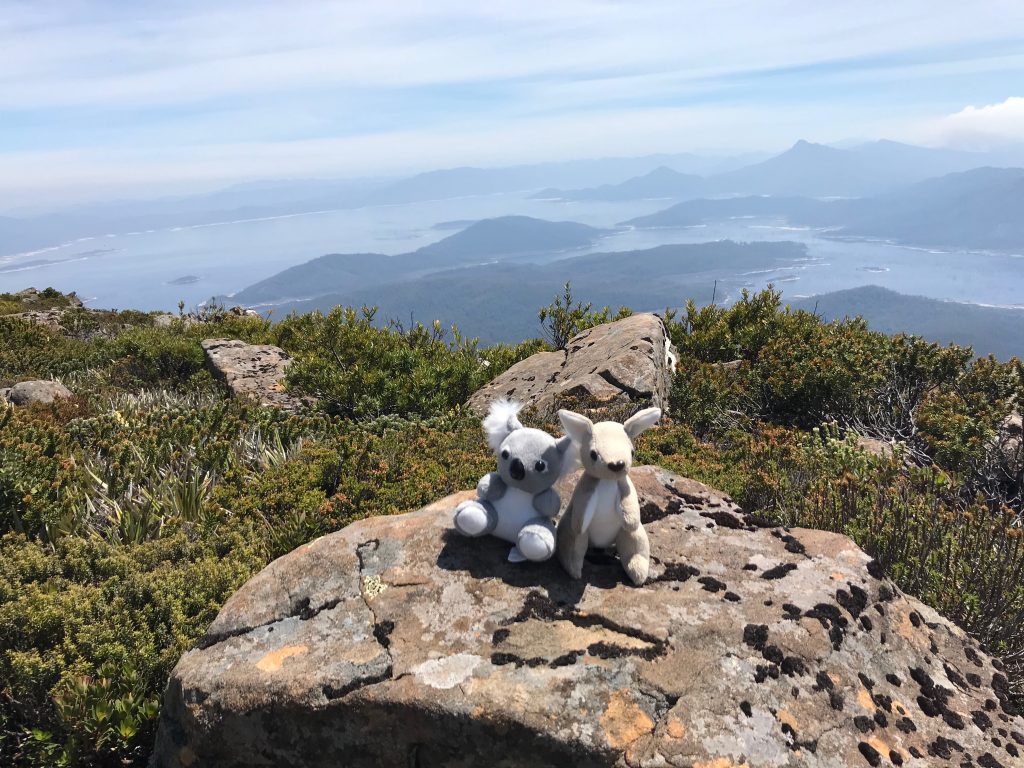 Skippy and Rocky on Mount Wedge

Anyways, we thought doing this kind of thing was us being nuts (hehe), but far from it. Turned out: we are not alone ?

We met another couple who are also traveling after being retired (seems to be a thing here) and when they started their 2-year-trip (which is likely to be extended), they got garden gnome from a friend: Rodney. They took him with them for SEVEN months – and we are talking about a big heavy one. With trees attached and I think a bench or something attached to him. After seven months, when they came back home for a visit, Rodney “wanted” to stay home. The friend noticed three months later; missing Rodney in the pictures. The initial goal was to leave Rodney with his family in Gnomesville. And no; I am not kidding – in Western Australia is a place called Gnomesville where people leave their gnomes. Well, maybe Rodney is more like a hermit, less social than the others and was really homesick? ?

By the way… as I found out reading their latest blog post, aforementioned Graham and Carol also have a stuffed animal that accompanies them in their trip: Yum Yum. And similar to Marcel who takes Skippy and Rocky with him when he goes on a hike without me, Graham is joined by Yum Yum on his walks.

(or: How to get nominated for a Darwin Award)

During one of the morning talks at the Mt. Field National Park, Brendan, the ranger-in-charge told us also about interesting tracks in the park. Of course, you might have heard about Google Maps fails, where it navigates the driver into a river or something. As we learned from the ranger, some people highly trust Google Maps; so much, that they don’t consult other sources. This is not about navigation – this is about assessing the duration of a track.

Brendan told us about a very difficult track that has often been compared to the Mount Everest (not sure, but it might be part of the Federation Peak). It took Brendan 8 hours to walk, despite it being a 2,3 km track. With a smile he added, that it only takes a few seconds by helicopter. Anyways, some tourists from South America wanted to do this only equipped with four grocery bags and some cheap plastic rain protection, because Google Maps had calculated it would take only an hour or something. They ended up being hypothermic and had to be rescued by helicopter. Brendan told us, that the track became somewhat famous since someone put nice pictures of the summit on Instagram. And yes, the aforementioned tourists wanted to do this “quick” walk to get an instagram shot.

Speaking of Instagram: another stupid thing, that apparently tourists do is chasing animals with a selfie stick. Which is why people entering Maria Island in Tasmania are encouraged to take the Maria Island pledge, which among other things includes the passage where you pledge to Wombats: “I will not chase you with my selfie stick, or get too close to your babies.” It’s kind of sad, that you need a sign or a pledge for that. ??‍♀️

During the “Creatures of the night” walk, the ranger Hannah told us, she had seen three snakes alone that day. Then she added this anecdote about some French tourists, who proudly told rangers and others about the snakes they had seen that day and how they followed them all along to the river. They seem quite excited and happy about that experience and seemed confused about their audience’s reaction. Well… if you are on Tasmania, you most likely see one of three snakes – which are all venomous! 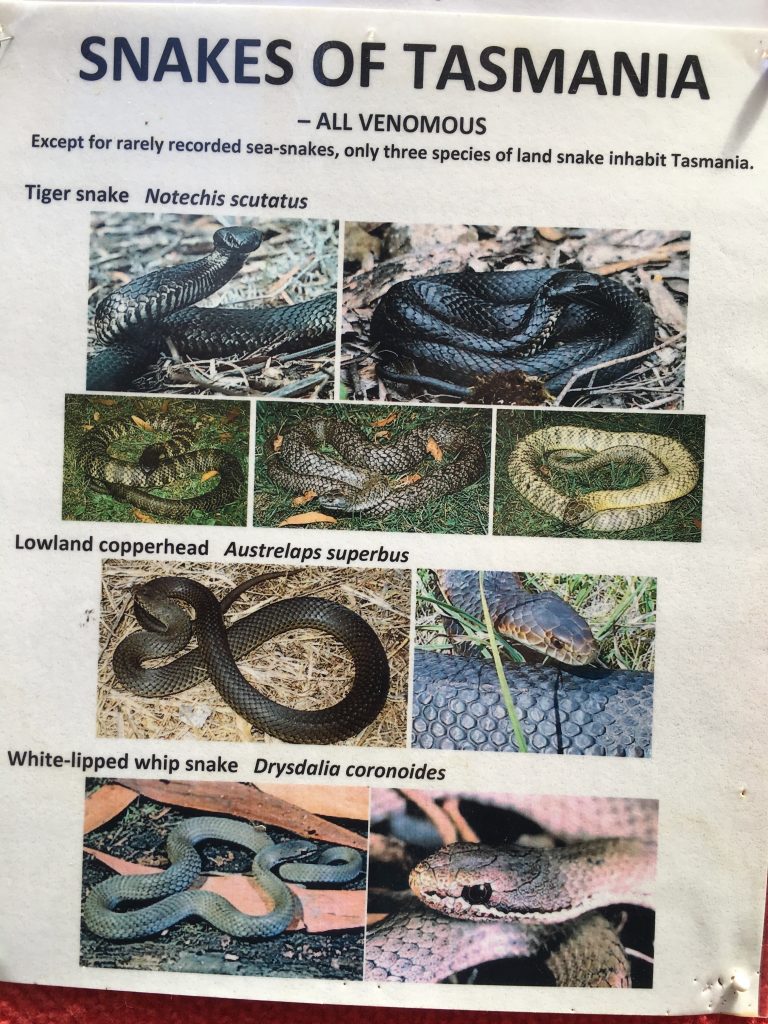 But I have to be honest here… When I saw the first tiger snake, I also did NOT behave as I was told before (which is: Stand still and DO NOT MOVE!) but sped up. Thankfully, this one was also afraid and vanished quickly. 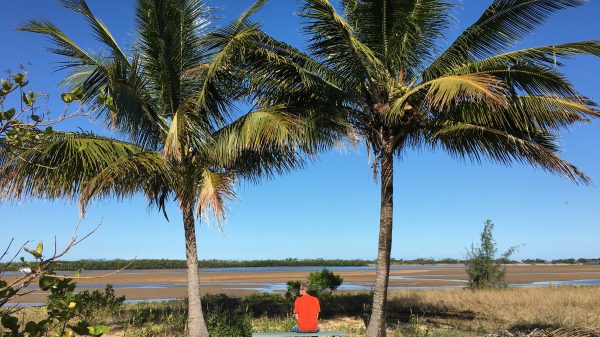 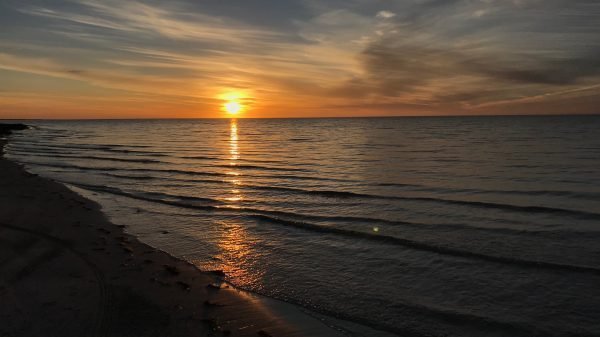 Starting our roadtrip from Adelaide to Sydney 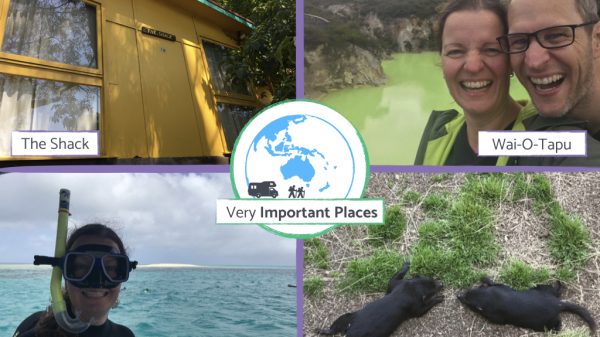