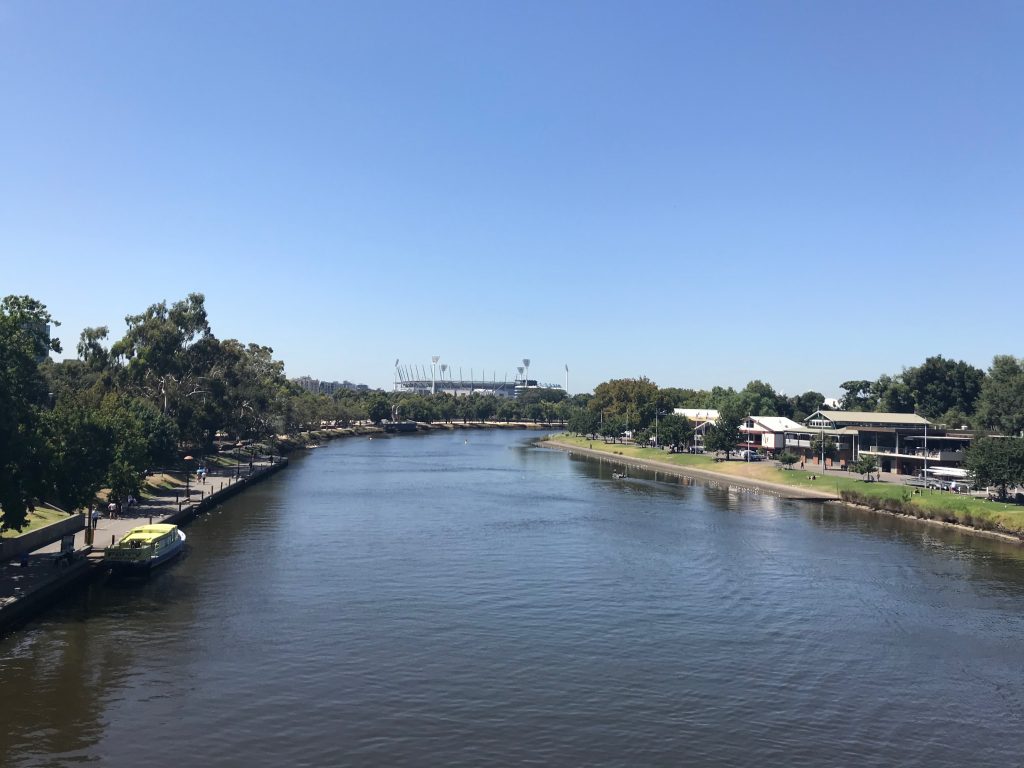 In the last week of February, we arrived in Melbourne, which was voted the most liveable city in the world 7 times in a row. Last year it lost its first place to Vienna though… When we arrived, the first thing I saw was the pink-coloured lake that had been in the newspaper even in Germany, as the picture showed that I got from my sister. 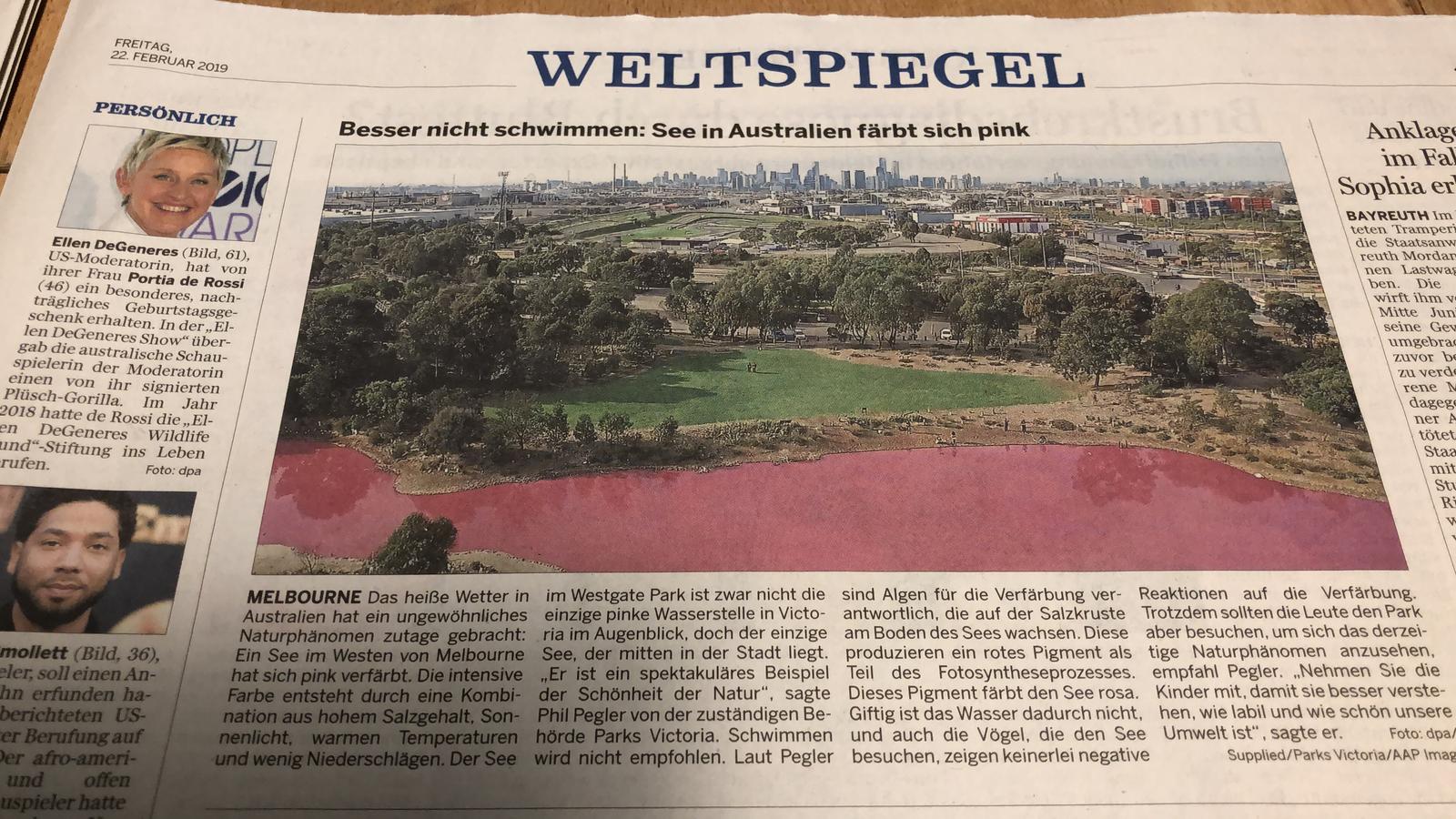 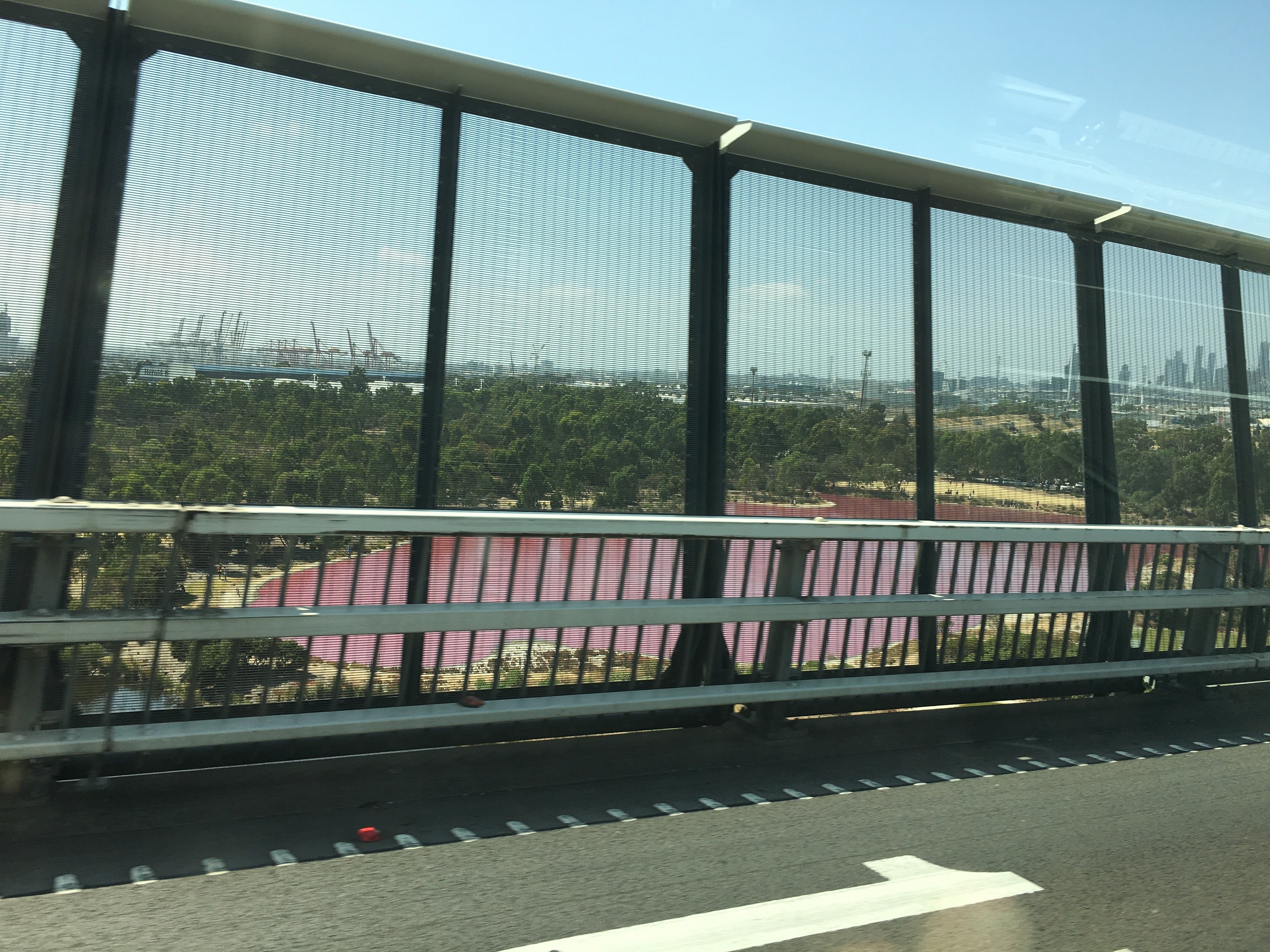 … it was still pink when we crossed it

We were not really keen on driving with our van in the city of Melbourne, so we had been looking for a place where we could park the van and then use public transport. This is a bit tricky with a camper van that is too high for a parking garage. During our travels around Australia, I was asked by Chris (who I met at two conferences and stayed in contact with on Twitter) whether we would also visit Melbourne. So the plan was to have coffee when we are in Melbourne – which fits perfectly given that Melbourne is very proud of its coffee culture. But then he asked whether we have a place to stay and offered us their city apartment. How cool is that? Seriously… Australian hospitality is just so awesome! So, Chris and his wife Betty have this spare apartment, which is located very close to the Italian district and in walking distance to the city centre. We were very surprised, how little traffic was there even though it was so close to the centre – and we could park our van by the side of the road. 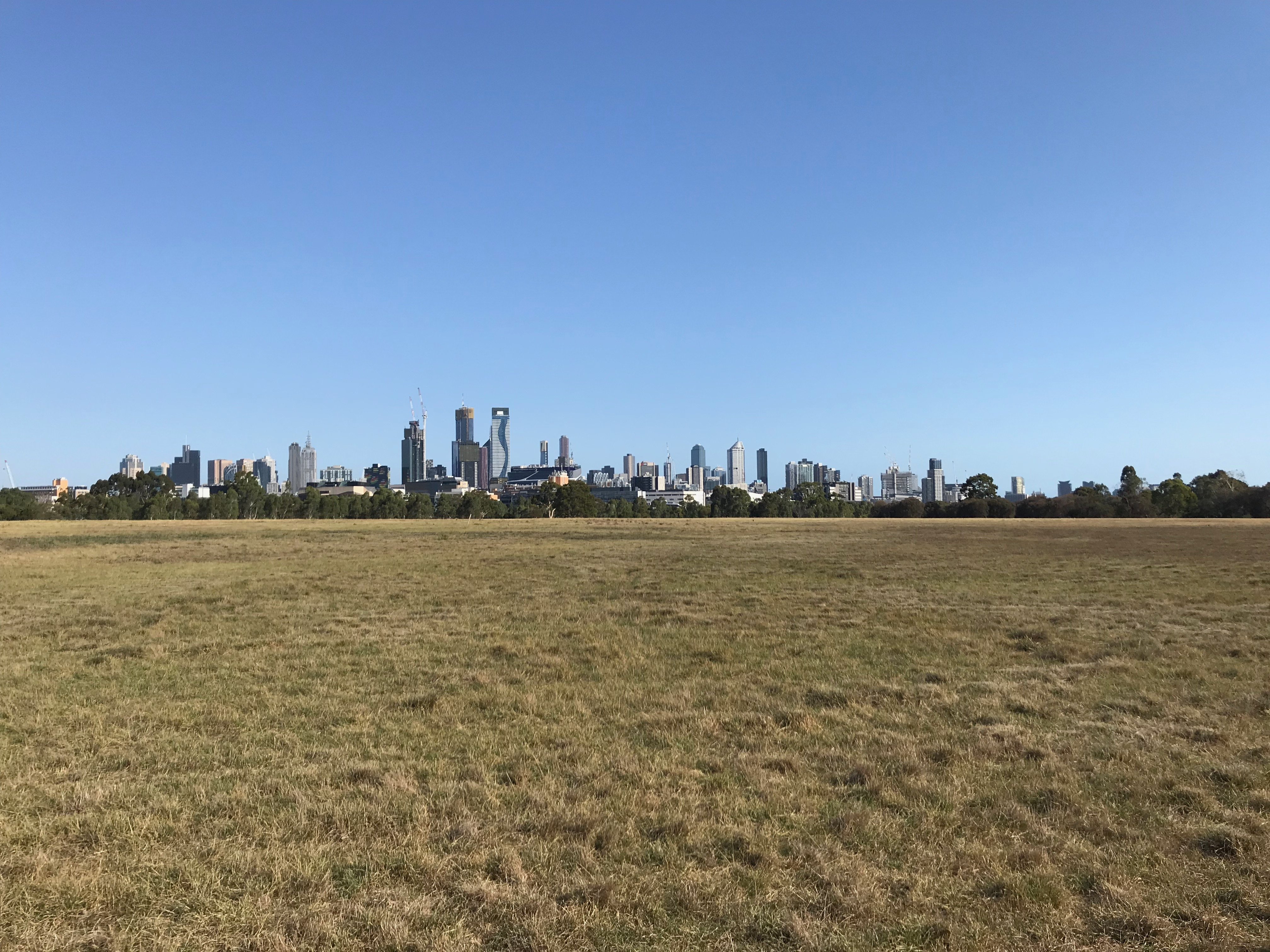 After getting settled in the apartment, we went for a little walk. We came across the cemetery and I remembered that my friend Rebekah had told me about it. I usually don’t frequent cemeteries, but it was indeed very interesting to visit. It was really huge and had the paths even were even named. There were “districts” for different religions… 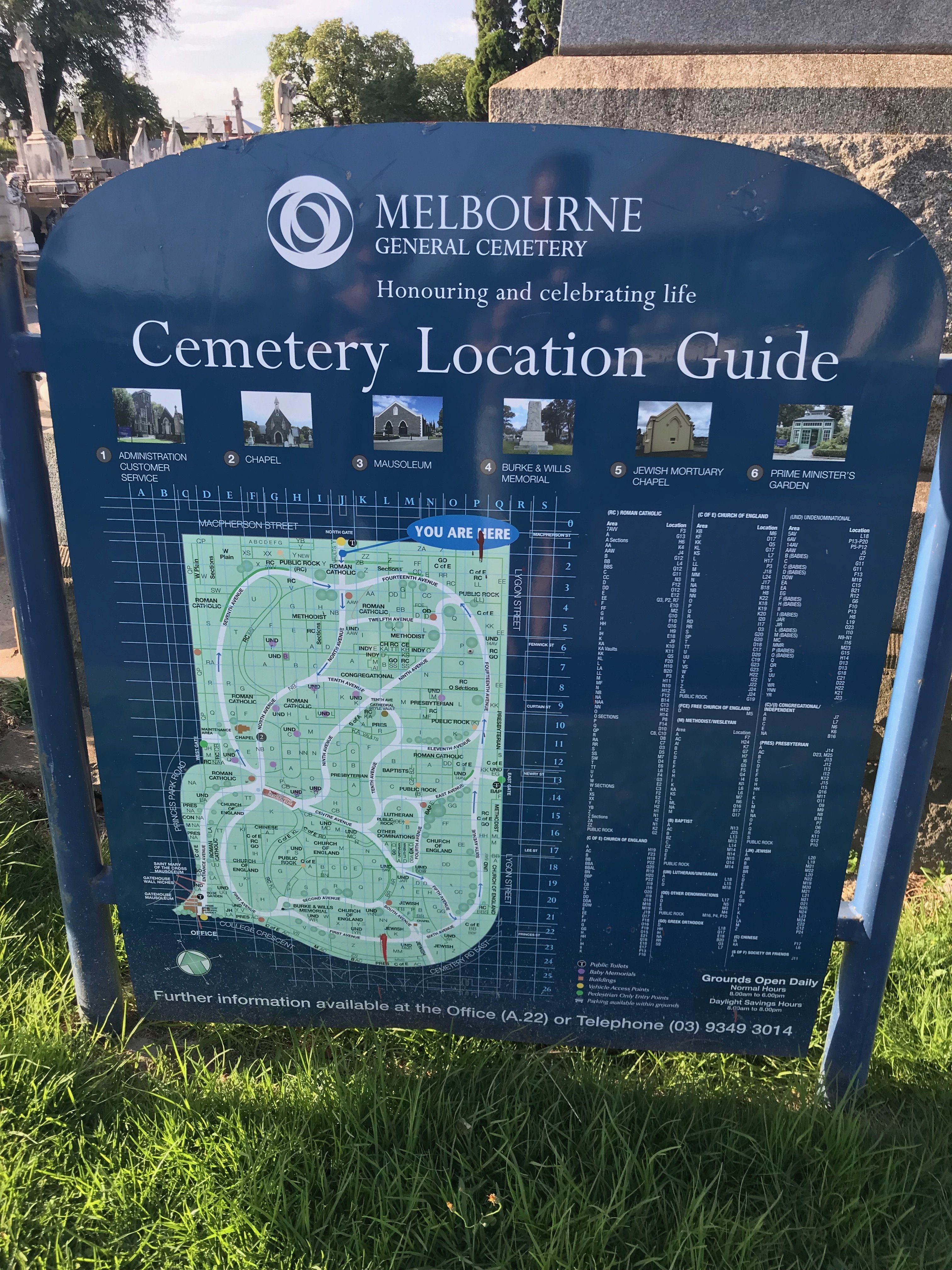 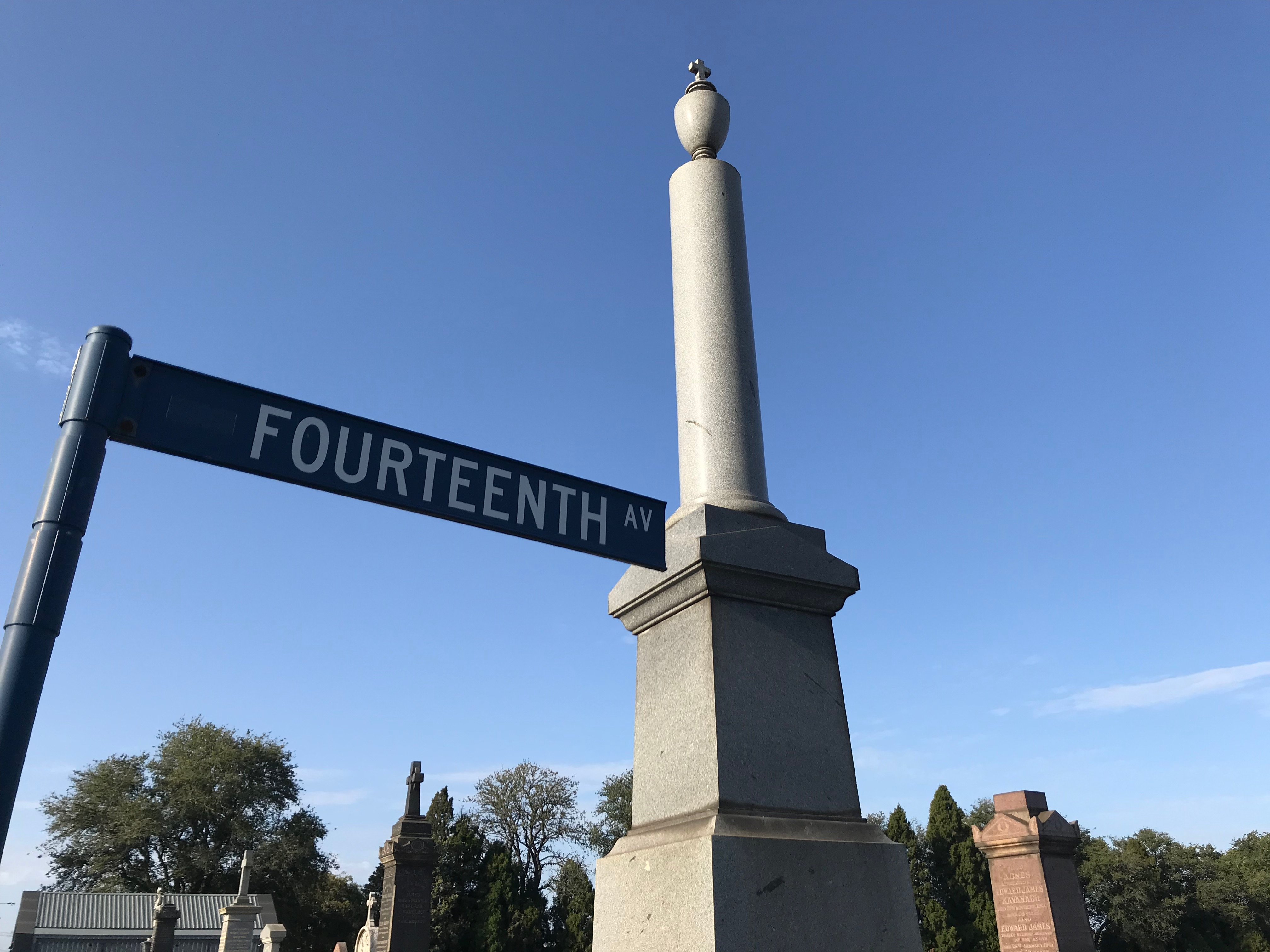 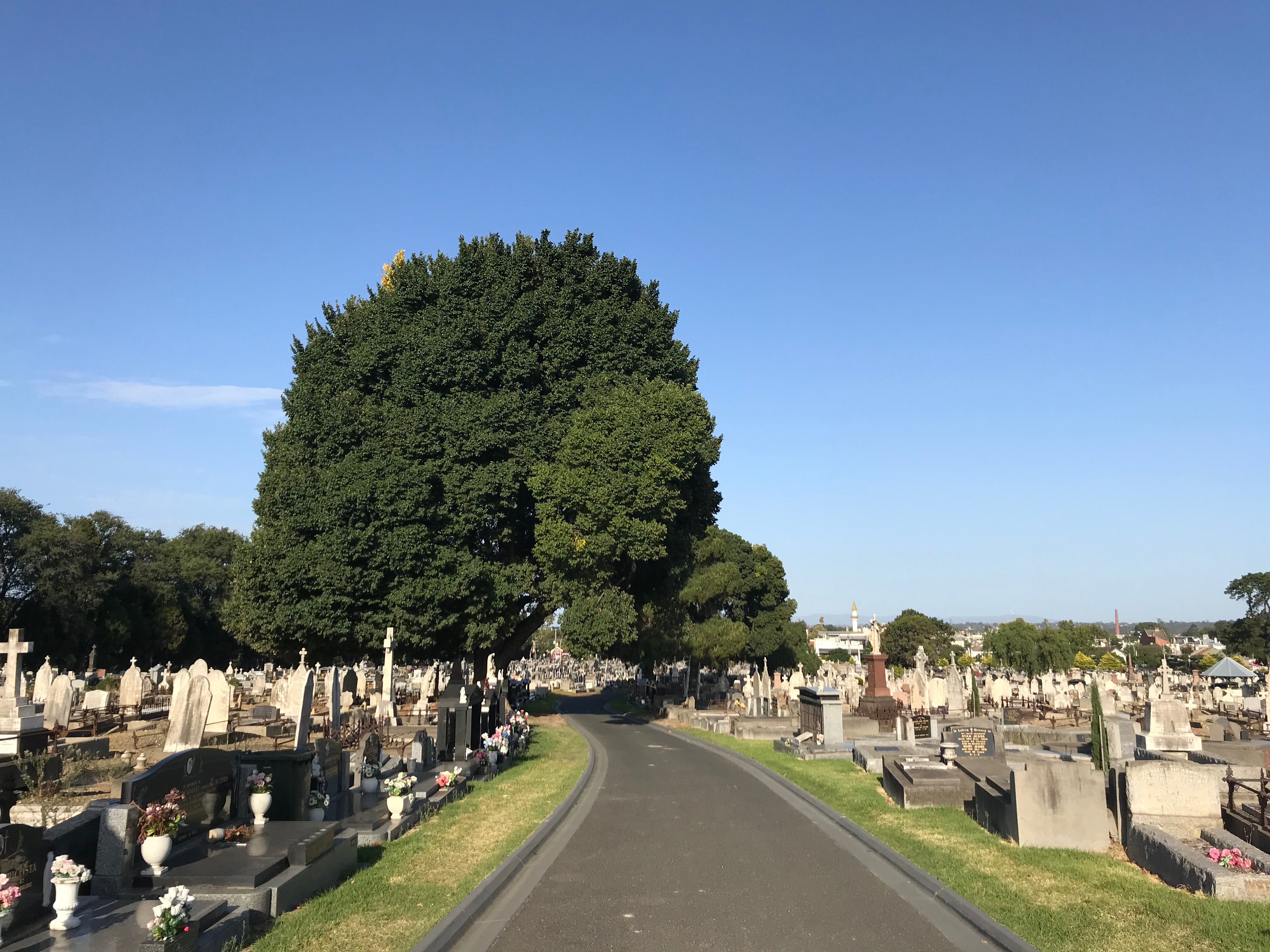 As we really loved the tour in Adelaide, we also took the free walking tour in Melbourne. We didn’t have to register and when we arrived, there were three tour guides and the people were split into three groups. It was a nice tour and our guide did a fabulous job showing us the food, chocolate and coffee corners in Melbourne. So many nice areas where you just want to sit down, have a bite or a glass of wine. We also saw some of the street art in Melbourne: 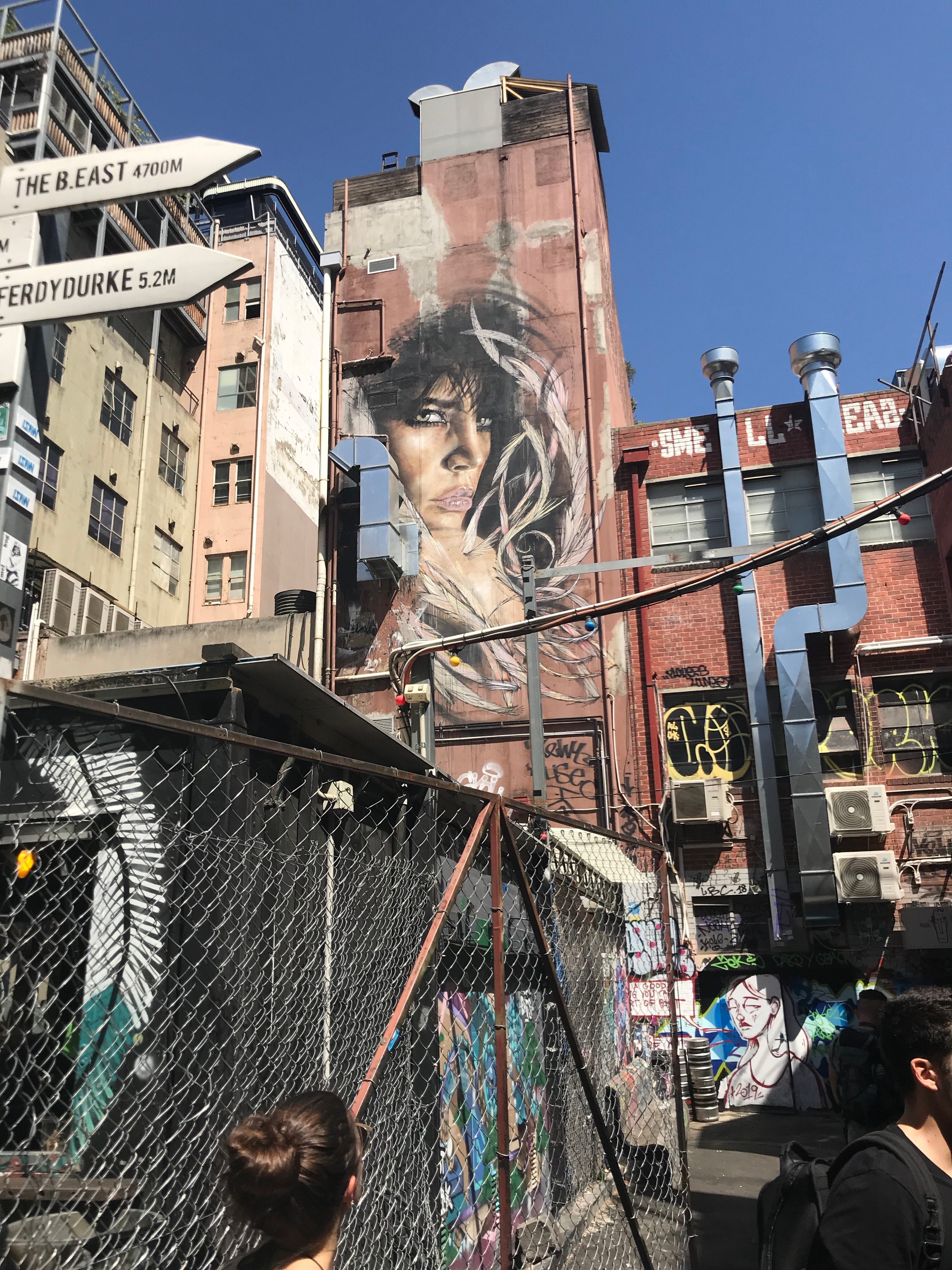 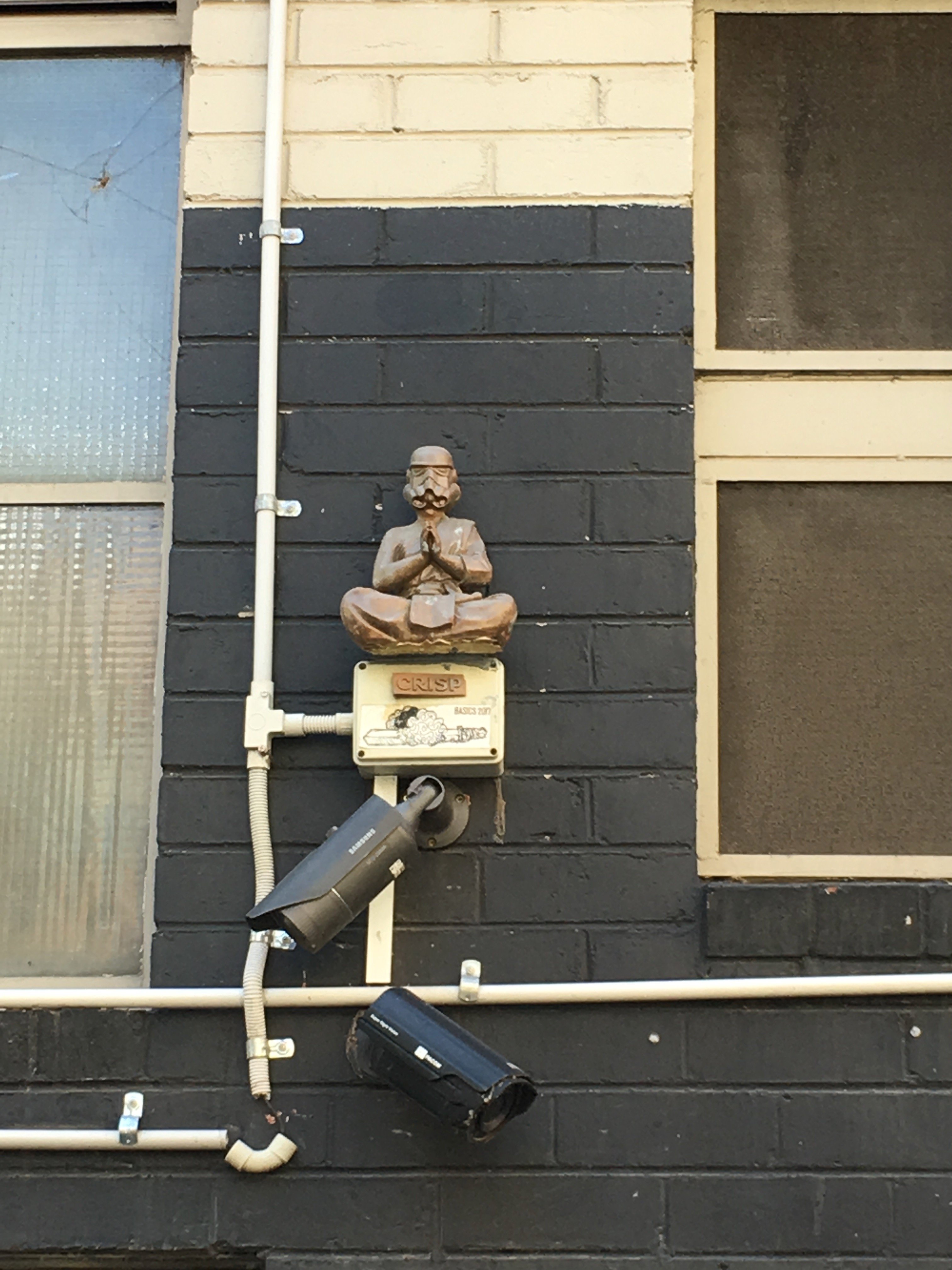 The tour took about 3 hours, including a short break. We really enjoyed walking around in nice weather and learning all about the city and its history.

The night before, I had seen on Twitter, that on that very day, a replica of the famous statue Fearless Girl had been unveiled in Melbourne by the artist Kristen Visbal herself. What a coincidence! So I asked the guide whether we would see it on the tour and he wasn’t aware of this. When we arrived at the Federation Square, he pointed us in the direction and also told the others on the tour about the statue. After the tour ended, Marcel and I went there of course: 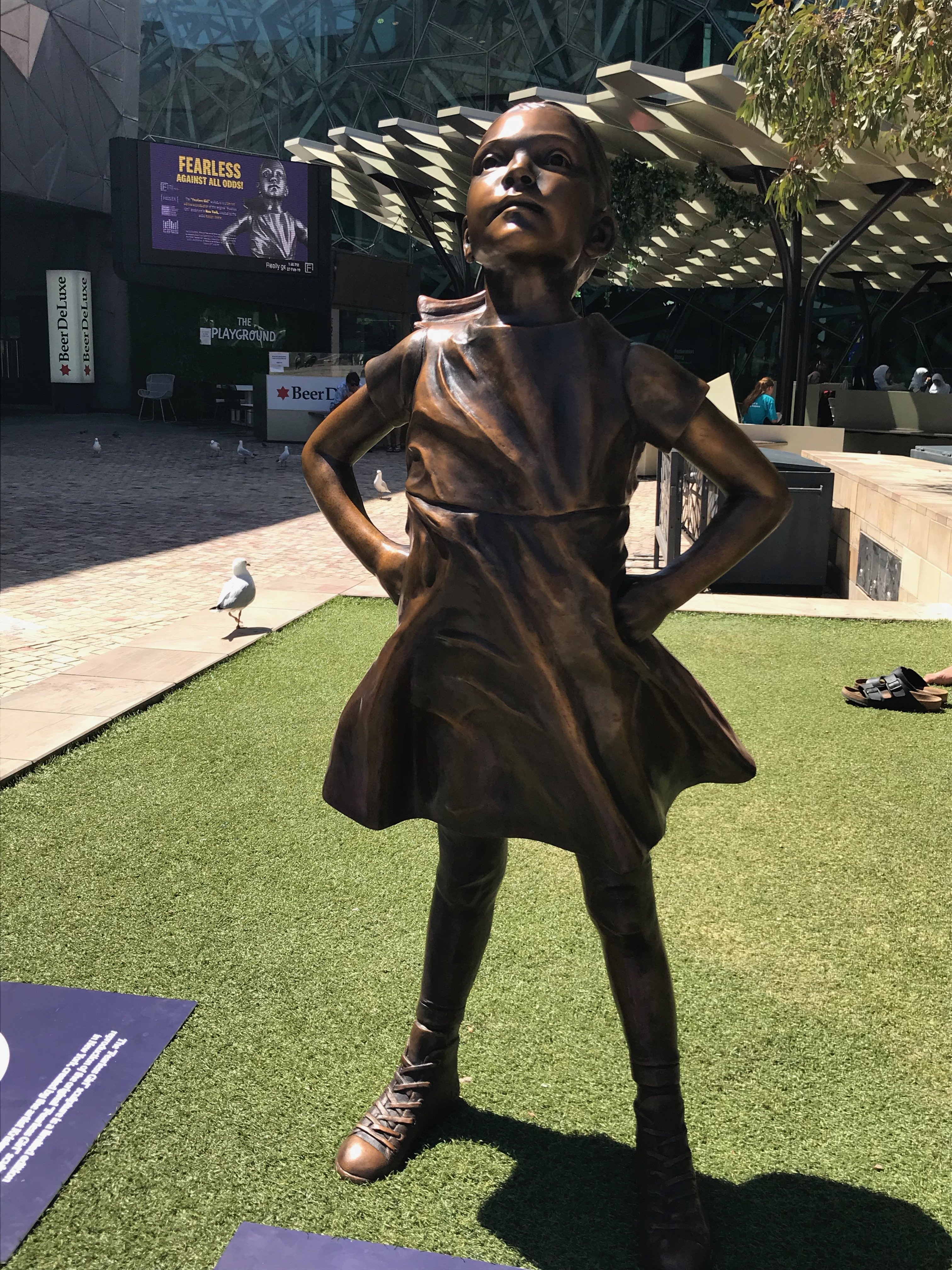 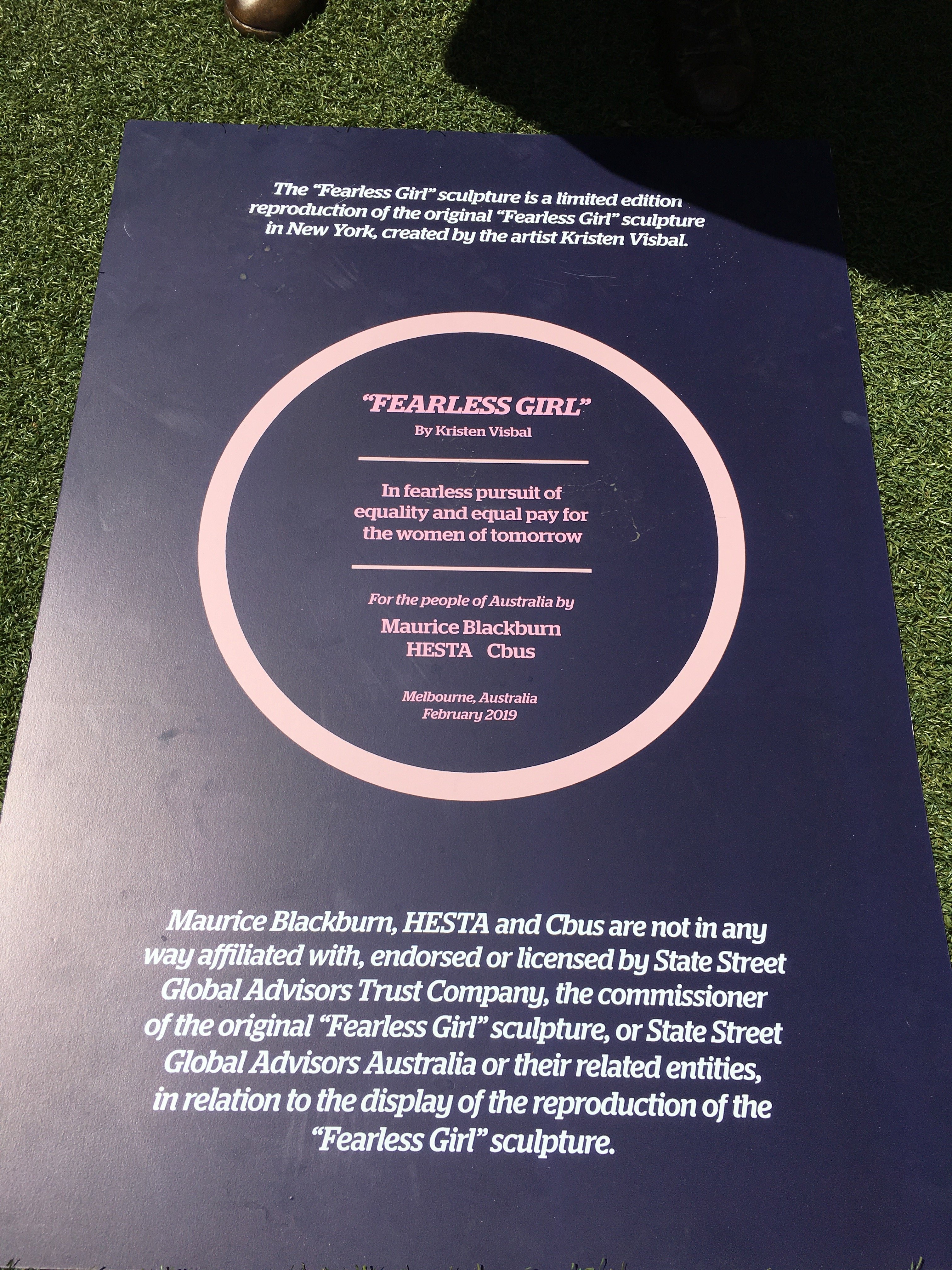 Oh, and there was a woman from London on the tour with a bag according to my taste: 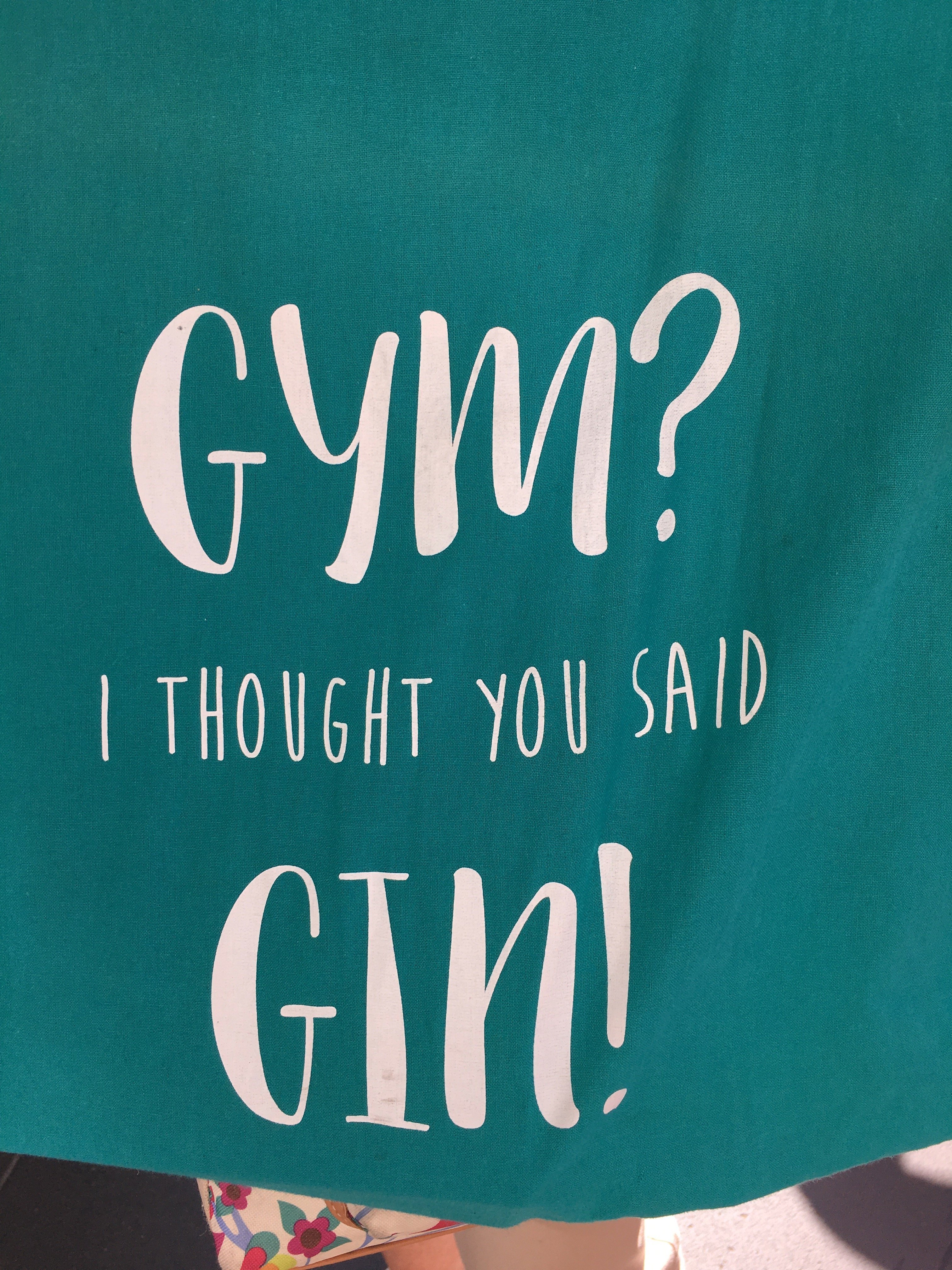 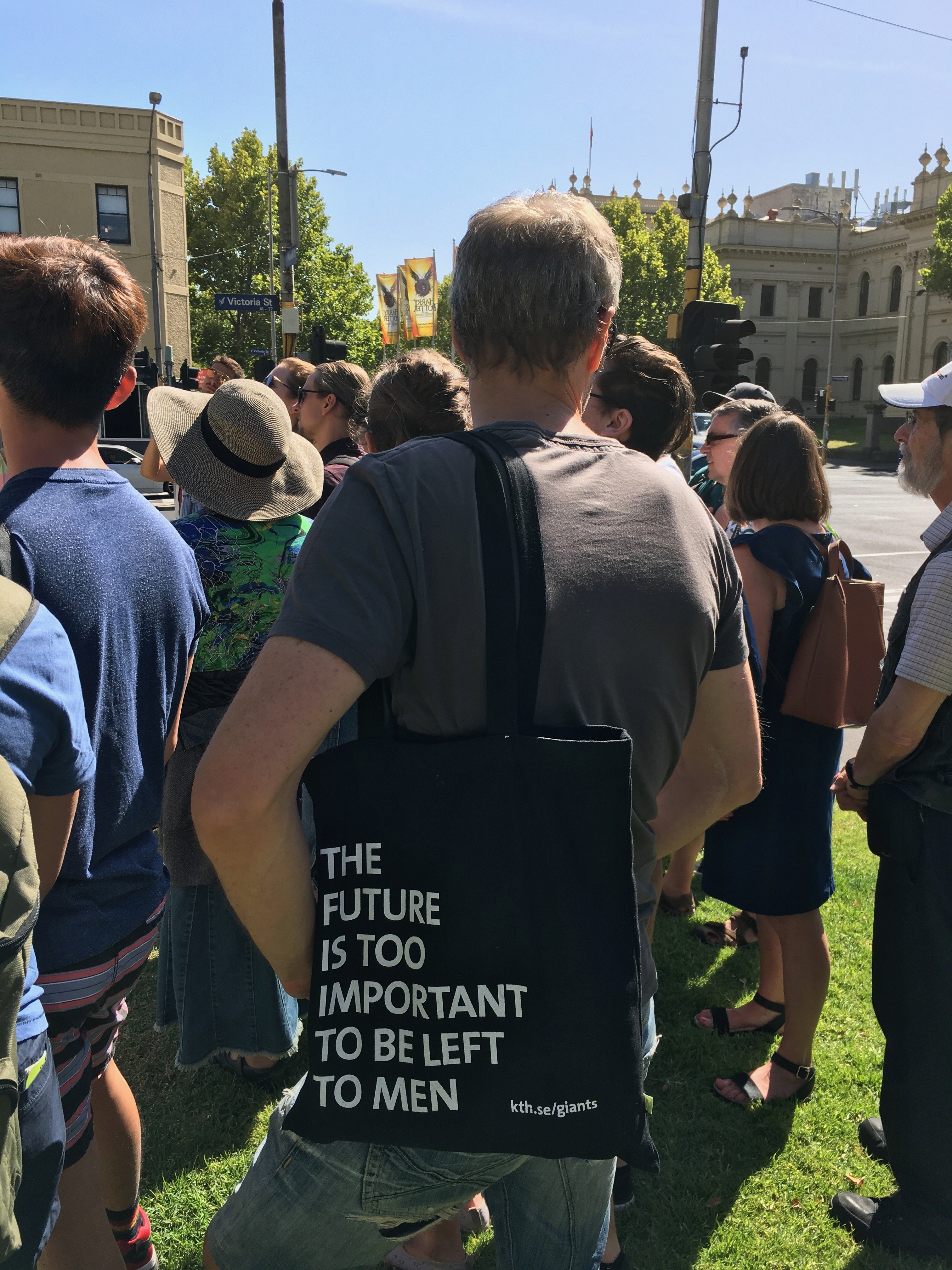 I got the bag from KTH where I did my PhD. Although not uncontroversial, I think it’s a much better slogan than the one I saw on this building in Melbourne: 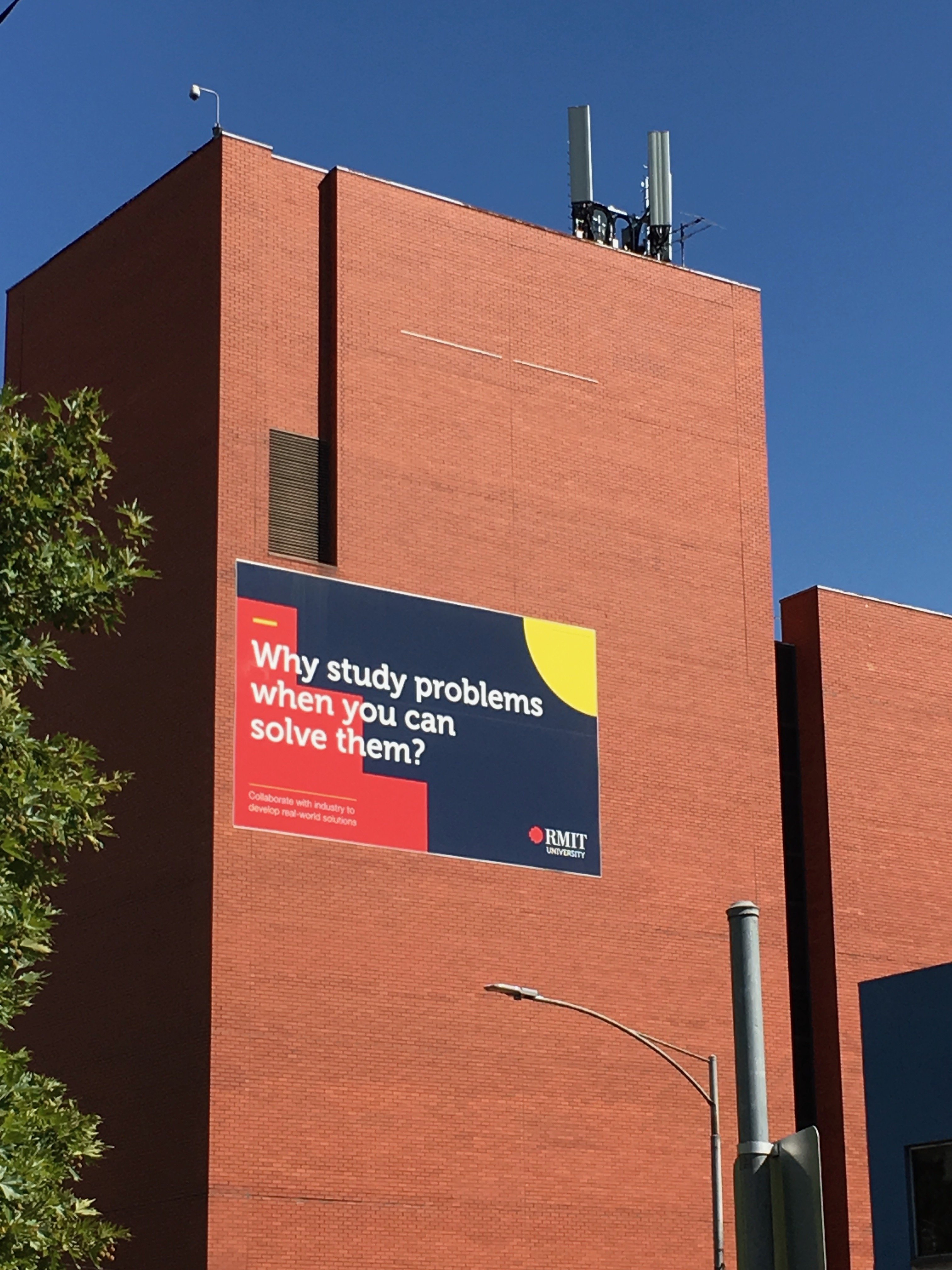 Poster by RMIT University in Melbourne stating “Why study problems when you can solve them?”

This upset me quite a bit… How on earth can you solve a problem and “develop real-world solutions” (small-printed on the bottom of the poster) without studying that real-world problem in the first place? ??‍♀️

We met several people in Melbourne and it turned out, that I know more people there than I thought. First of all, we of course met our hosts Chris and Betty. On our second evening in Melbourne, Chris and Betty invited us to dinner in a wonderful vegetarian restaurant close by. It was such a wonderful evening and they gave us great recommendations about the wine region Yarra Valley which is just around the corner and were you can do a wine tasting! Thanks again, Betty & Chris, for letting us stay at your beautiful place and for the fabulous evening.

After the free walking tour, we had a coffee with Sarah. I had met her at the OzCHI conference in Brisbane end of 2017, where we both were student volunteers. She brought two other PhD students with her, who I had also met at the conference. I had no idea, that Zhanna and Romina were also studying at University of Melbourne – this was a nice reunion.

Before we left Melbourne, we finally got to meet Cathie and Phil and their wonderful dog Millie, who live a bit outside of Melbourne in a suburb southeast. They had invited us to stay the night at their place and we were really looking forward to meeting them and to thank them personally for letting us stay in their Shack in Lorne (see this post). We felt so welcome at their place – and were also offered to do our laundry before continuing our travel the next day. So considerate! We had such a lovely time with interesting talks during dinner and a lovely walk around the area. Thanks again for everything!! 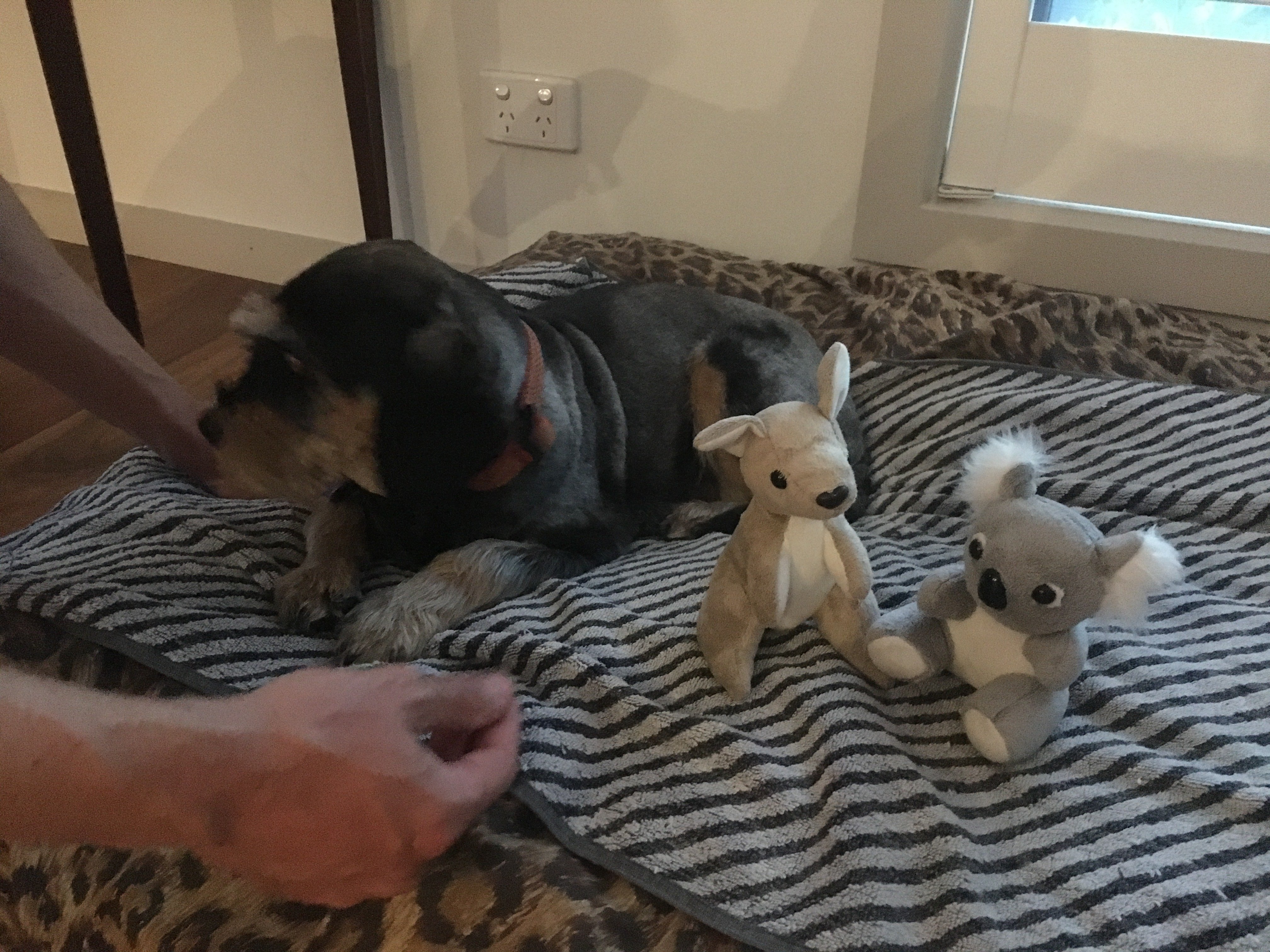 We wanted to take a picture with Millie, Skippy and Rocky. Unfortunately, we didn’t know that Millie really does NOT like having her picture taken. Sorry, Millie!

When we left Cathie and Phil after breakfast the next morning, we were heading to the University of Monash which has a campus close by. I had been invited by the lab there which does research in the same area as I did during my PhD. We met with Post-docs and PhD students, I briefly presented what I had done in my research, and after some interesting talks we all had lunch together. It was really interesting to learn about what they were doing.

By the way: it was the first time that I officially presented parts of my research with Marcel being present. And he got to know some of the people I had met when traveling alone during my PhD. That was really nice, too. (And he said he wasn’t bored ?) 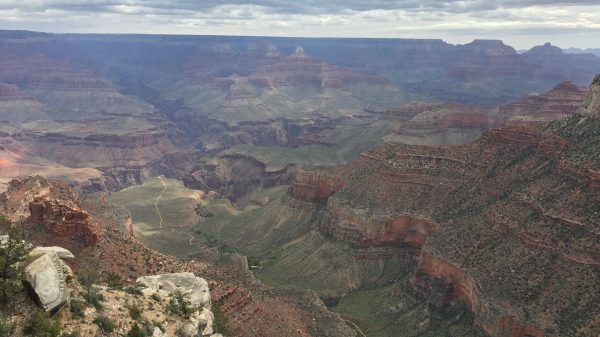 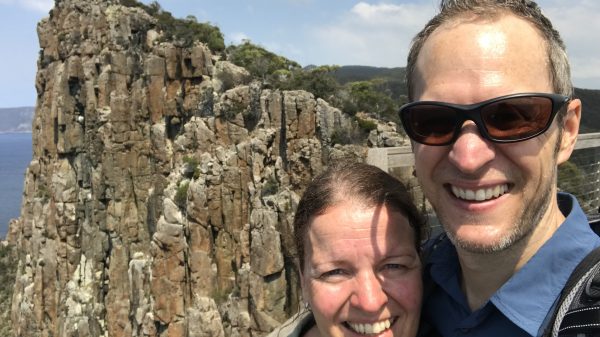 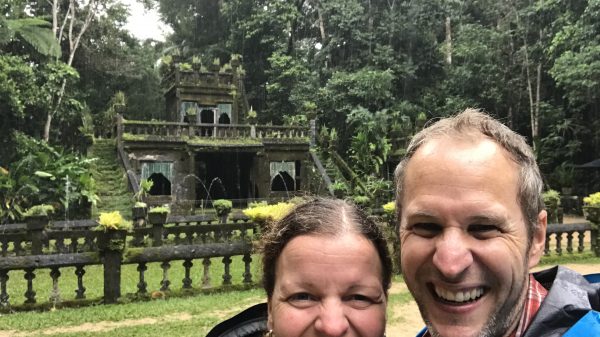