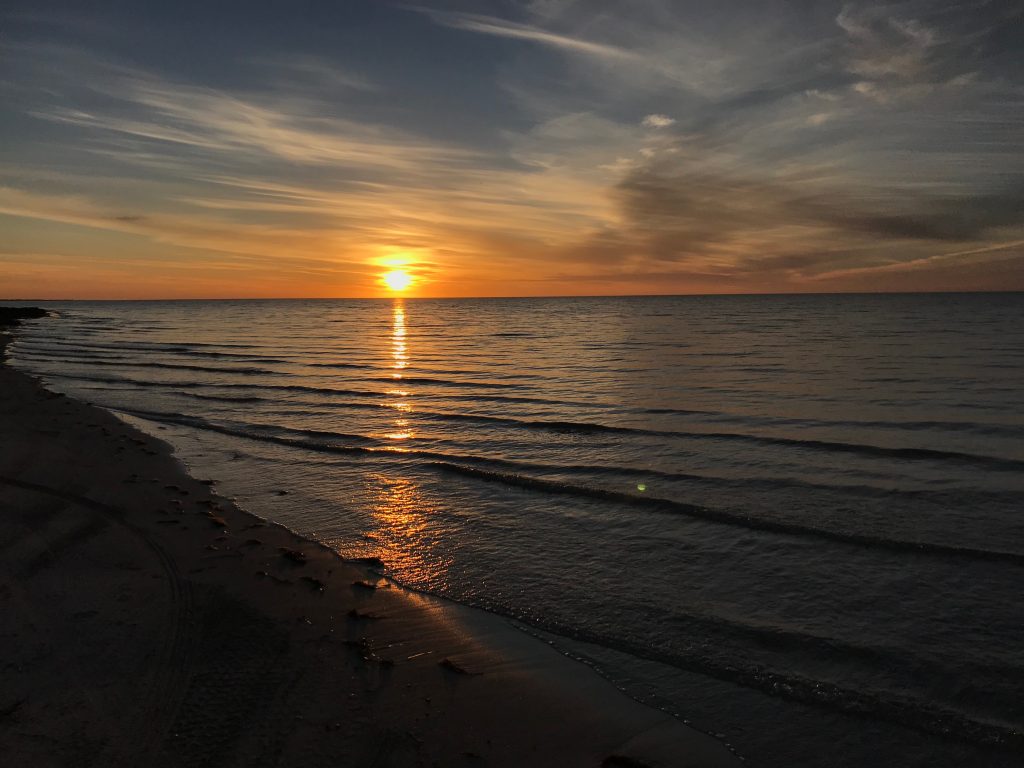 Starting our roadtrip from Adelaide to Sydney

In Adelaide we start our next road trip. Along the coast we drive from Adelaide via Melbourne to Sydney. For this we have 33 days time, because on 21.03 we will say Goodbye to Australia and board the plane to Los Angeles.

But first things first: we pick up our new camper van from Apollo in Adelaide. 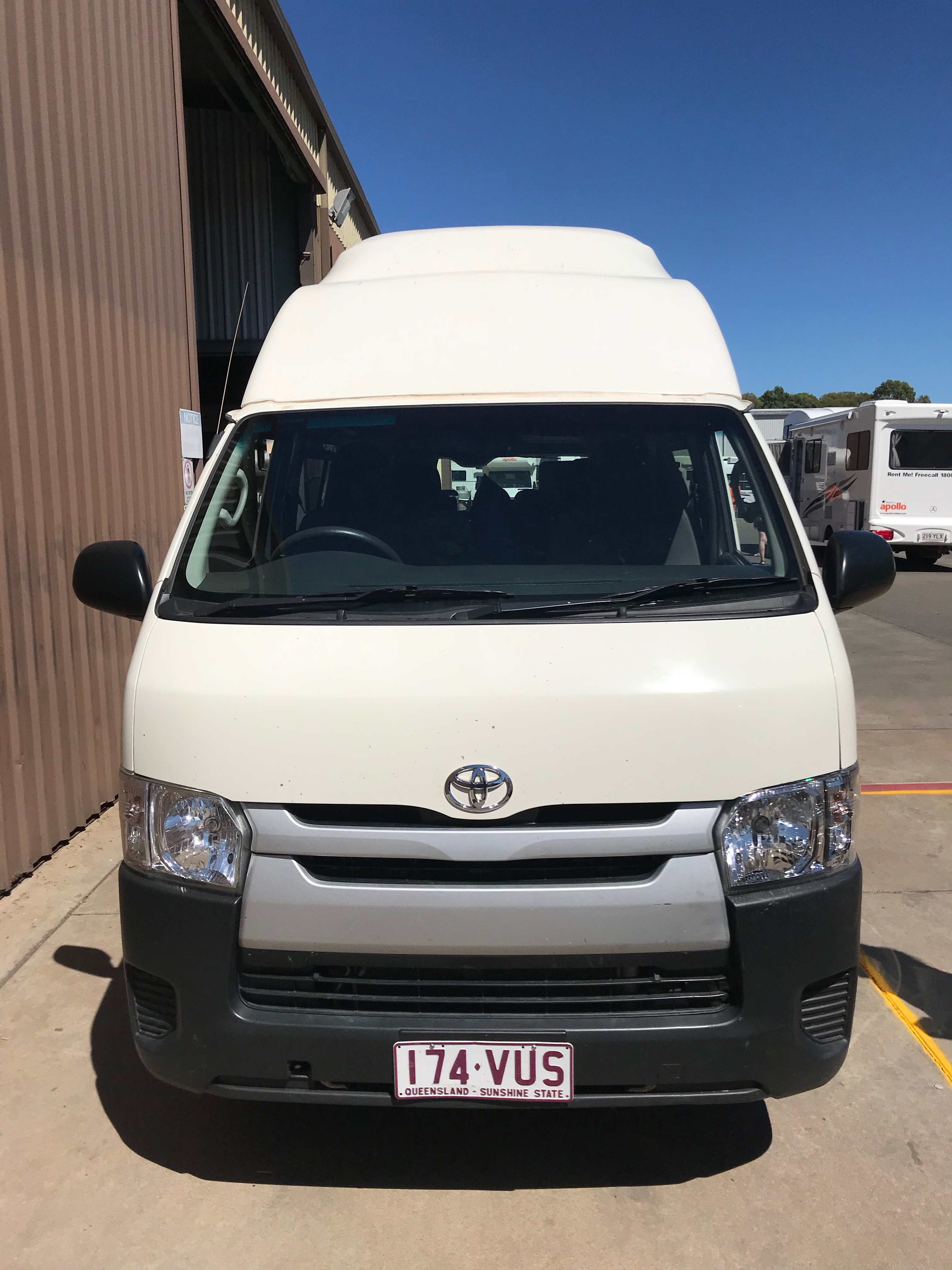 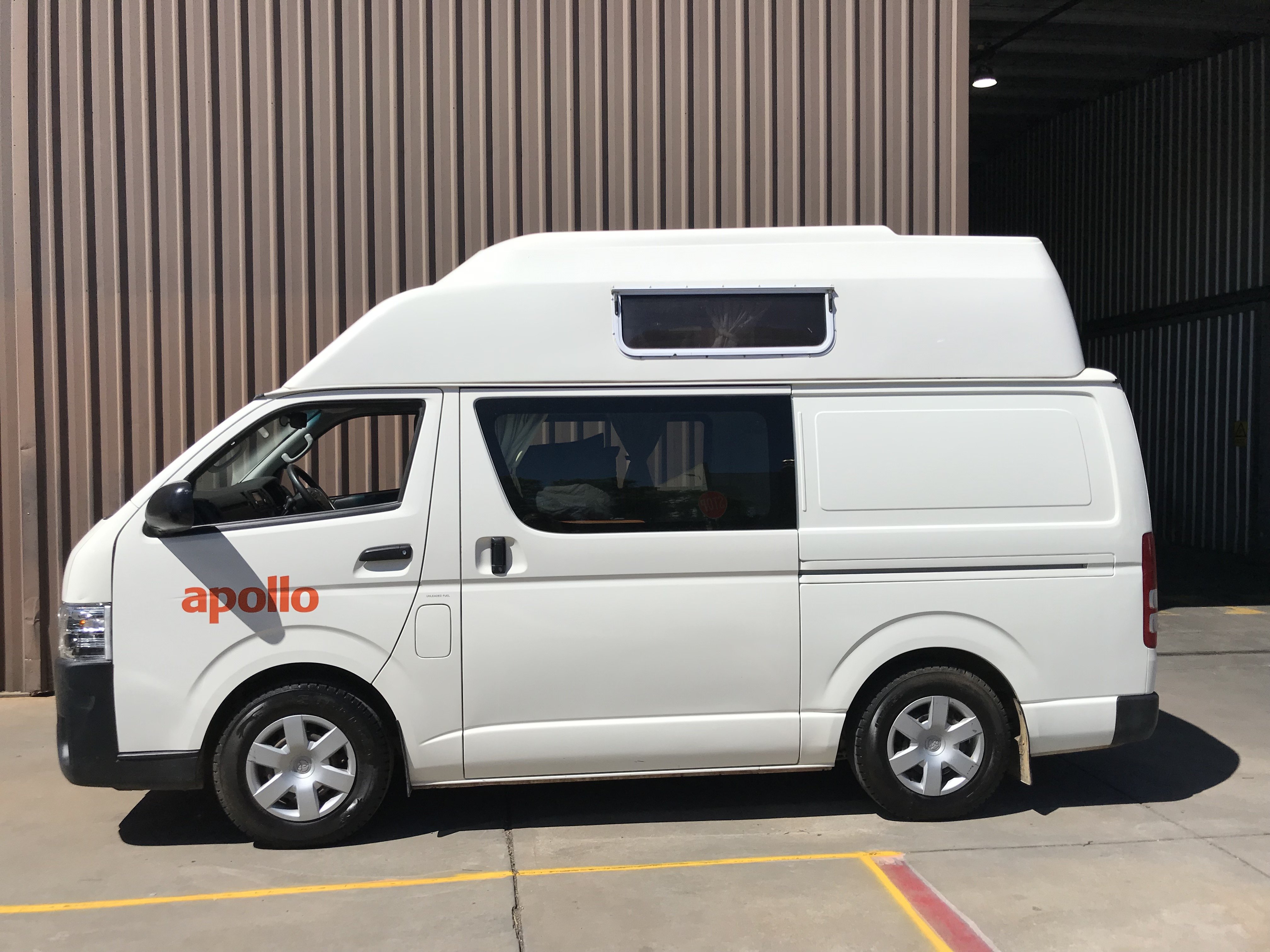 Then we went to ALDI and bought some groceries. We had to pay attention here, because when you cross certain state borders, you are sometimes not allowed to take fruits and vegetables with you (so called quarantine borders). Hereby they want to prevent pests, diseases and weeds to travel with people into different areas. So we only bought fruits for two days and started our trip. 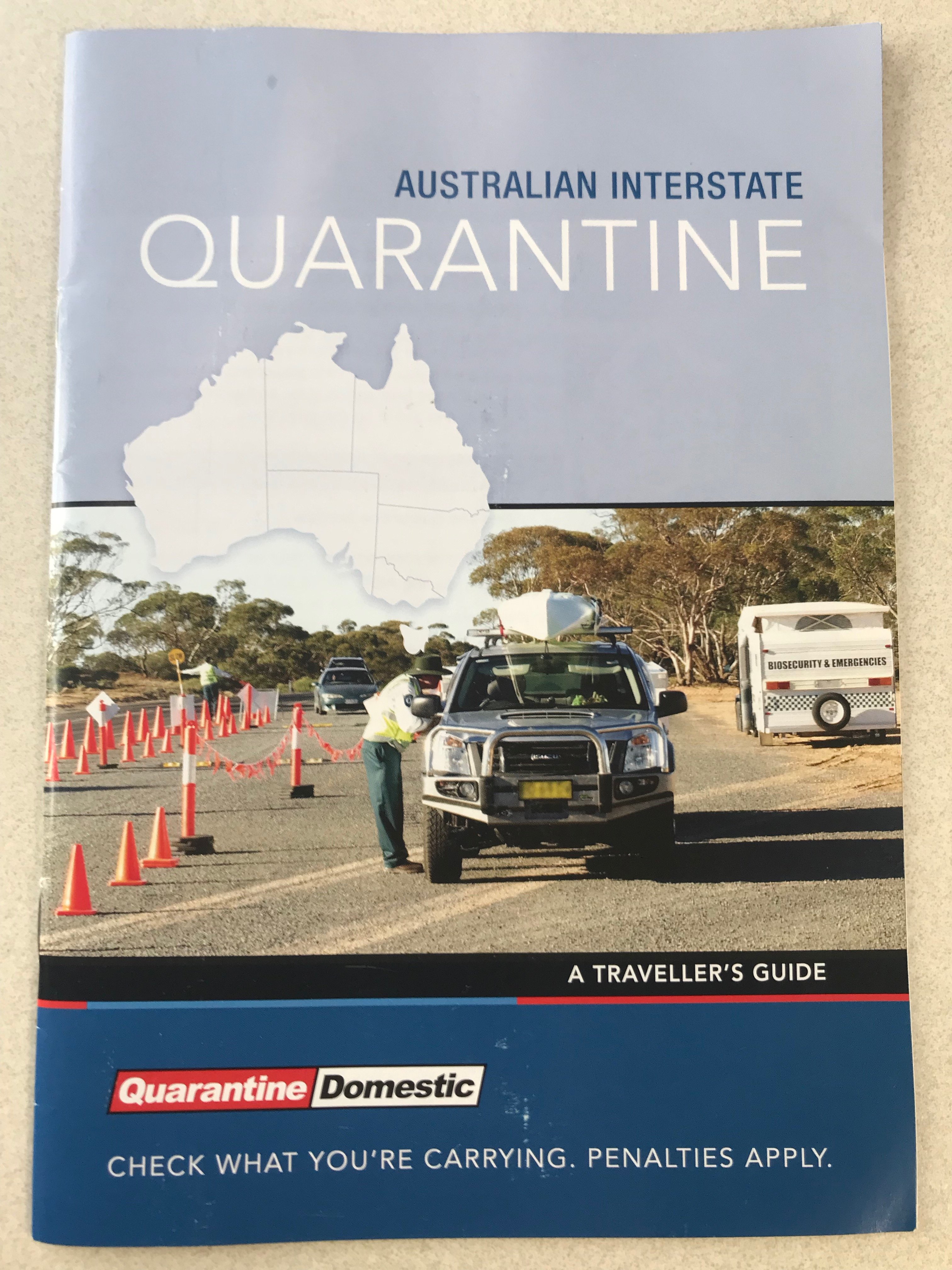 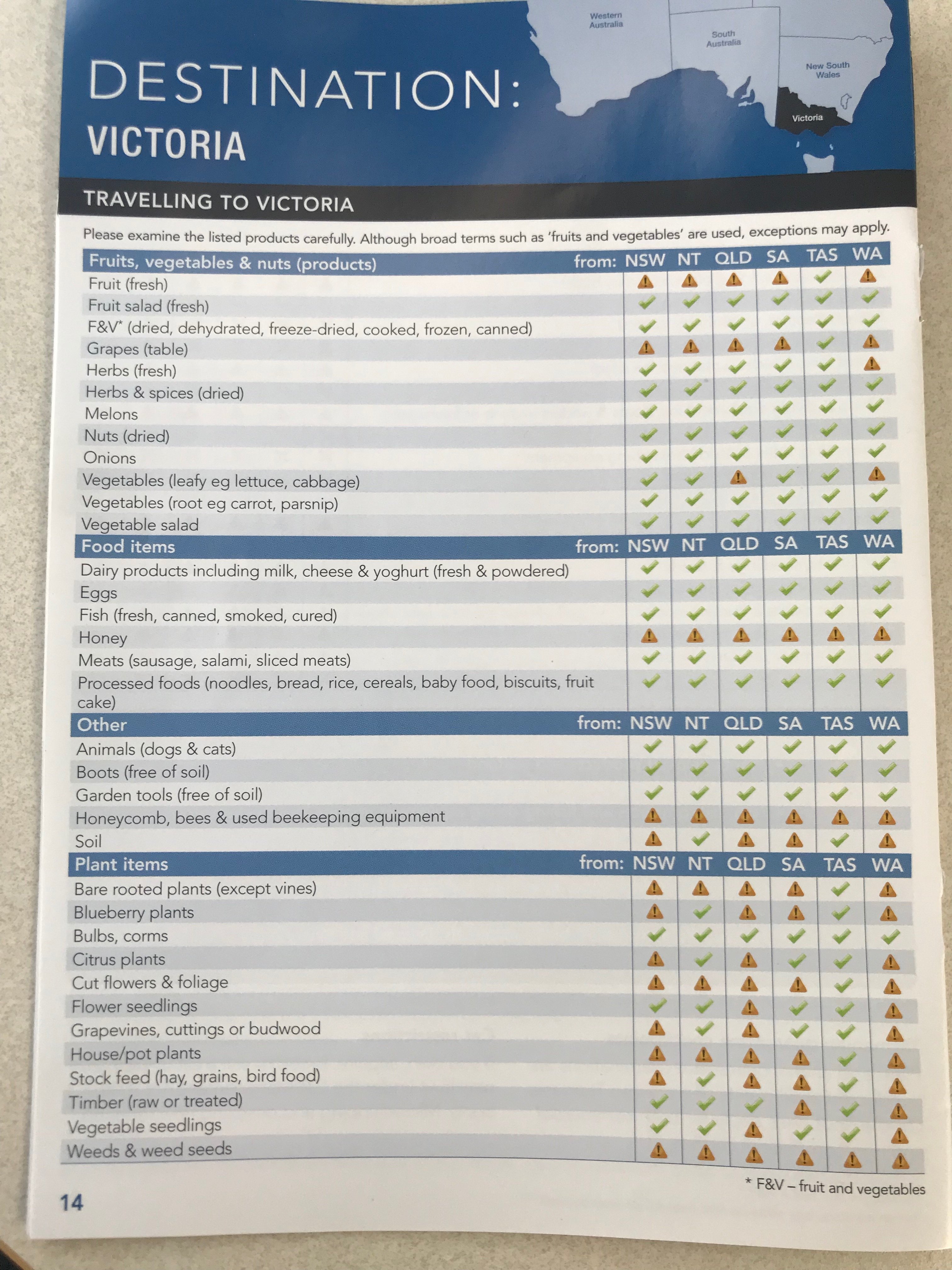 We realized quickly the difference of travelling on the Australian continent, because of the long distances we had to cover. The 300 km distance to Kingston was a bit monotonous. On the map it looked as if the road would go close to the coast, but unfortunately we could not see much of it. Gas stations were really rare. An estimated 150 km drive can make you a bit nervous if you run out of gas. And then when we arrived in Kingston there were 3 gas stations right next to each other. We also saw a giant lobster. 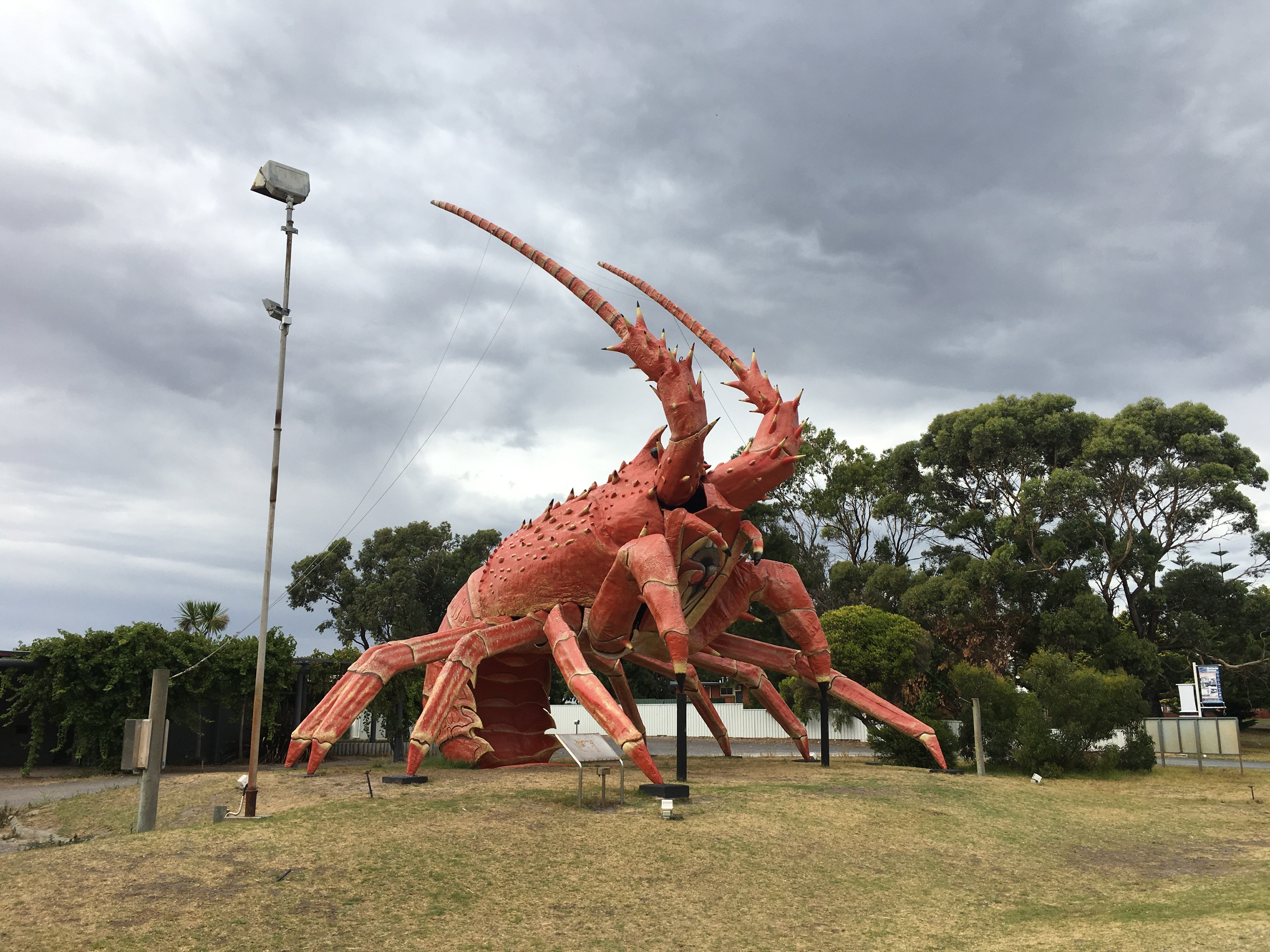 Around 18 o’clock we finally arrived at the Pink Beach. There is a really nice camping site with clean flush toilets and this evening we could see also a great sunset. The site is provided free of charge by the community of Kingston ? 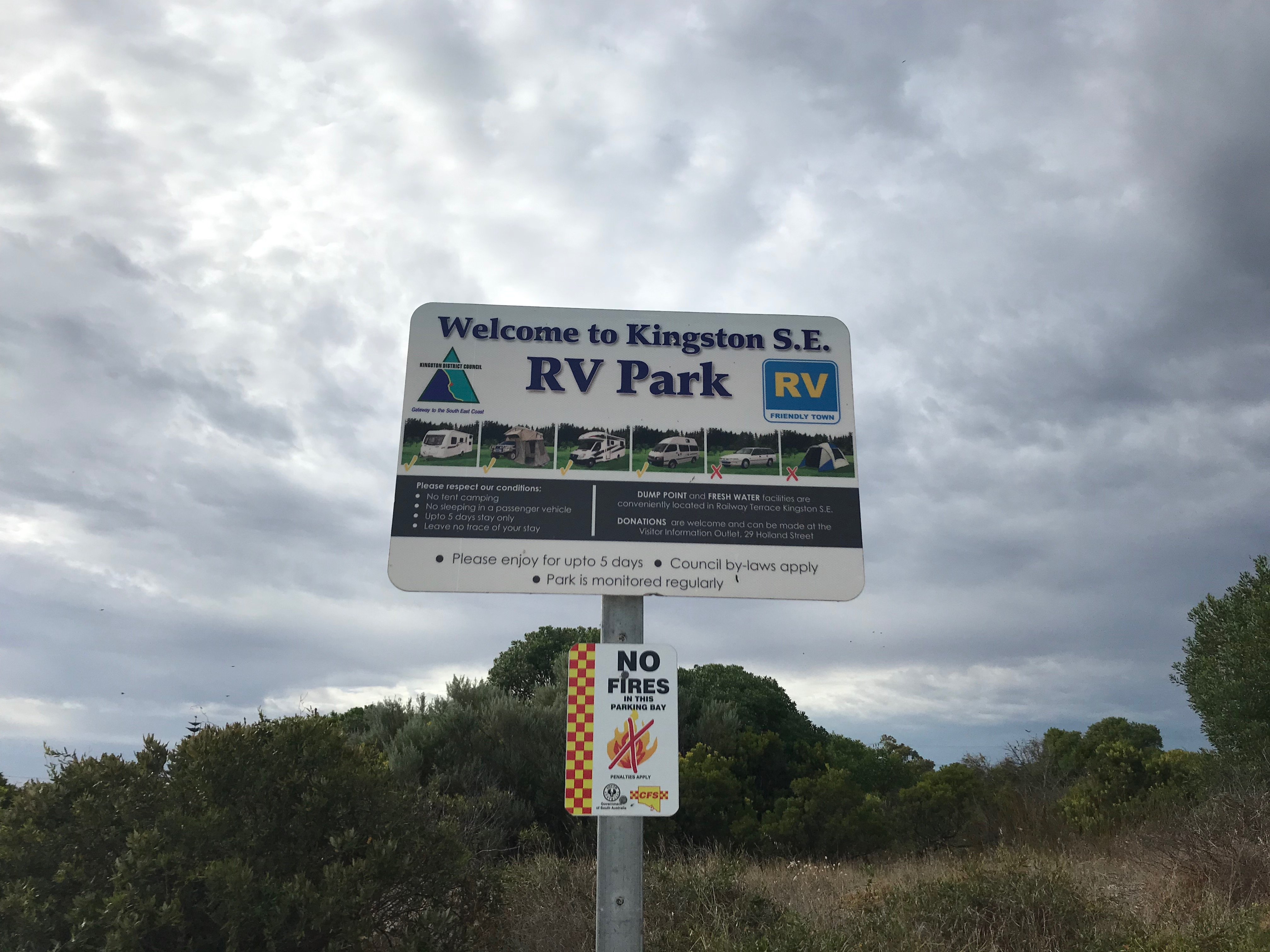 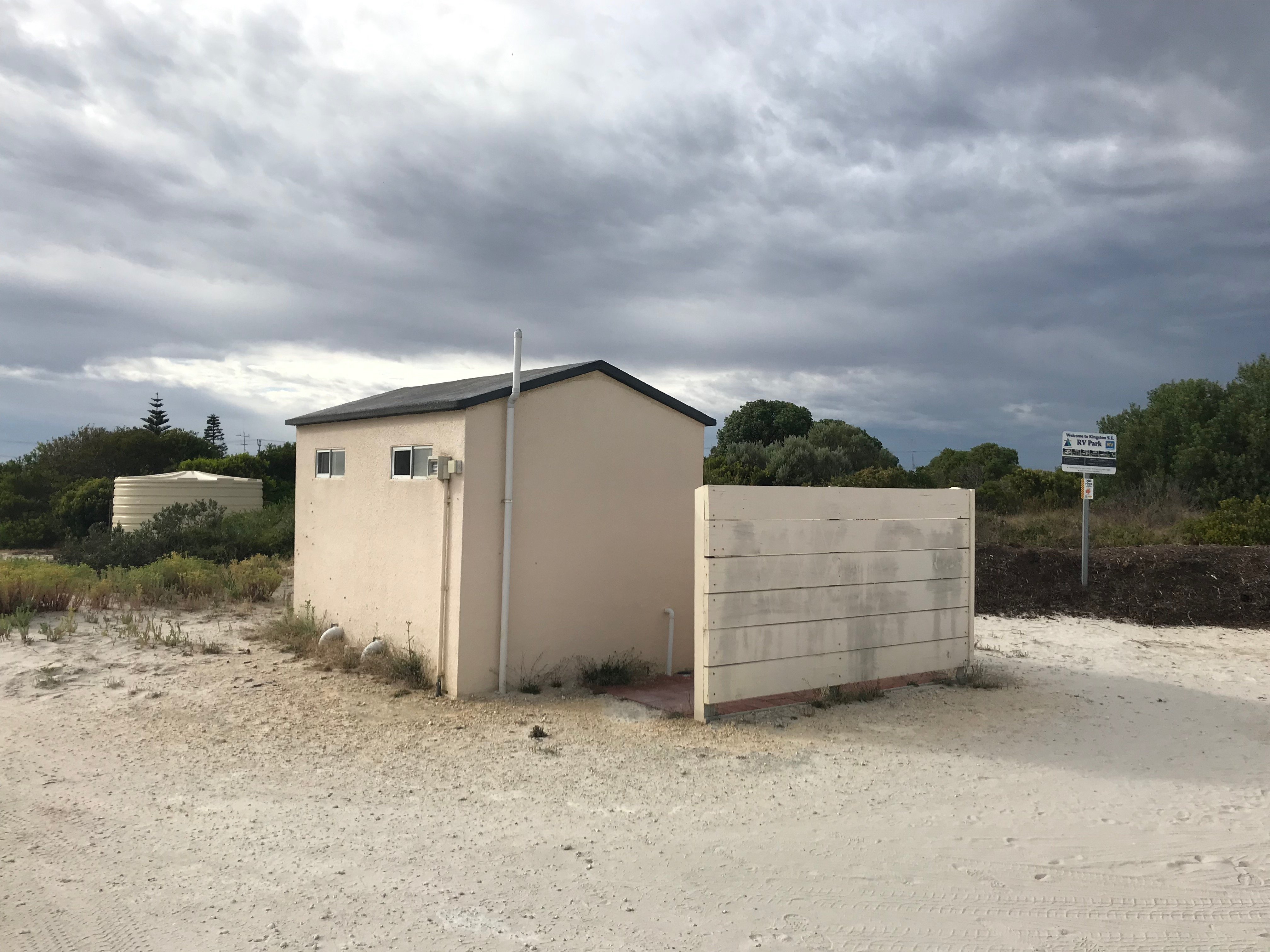 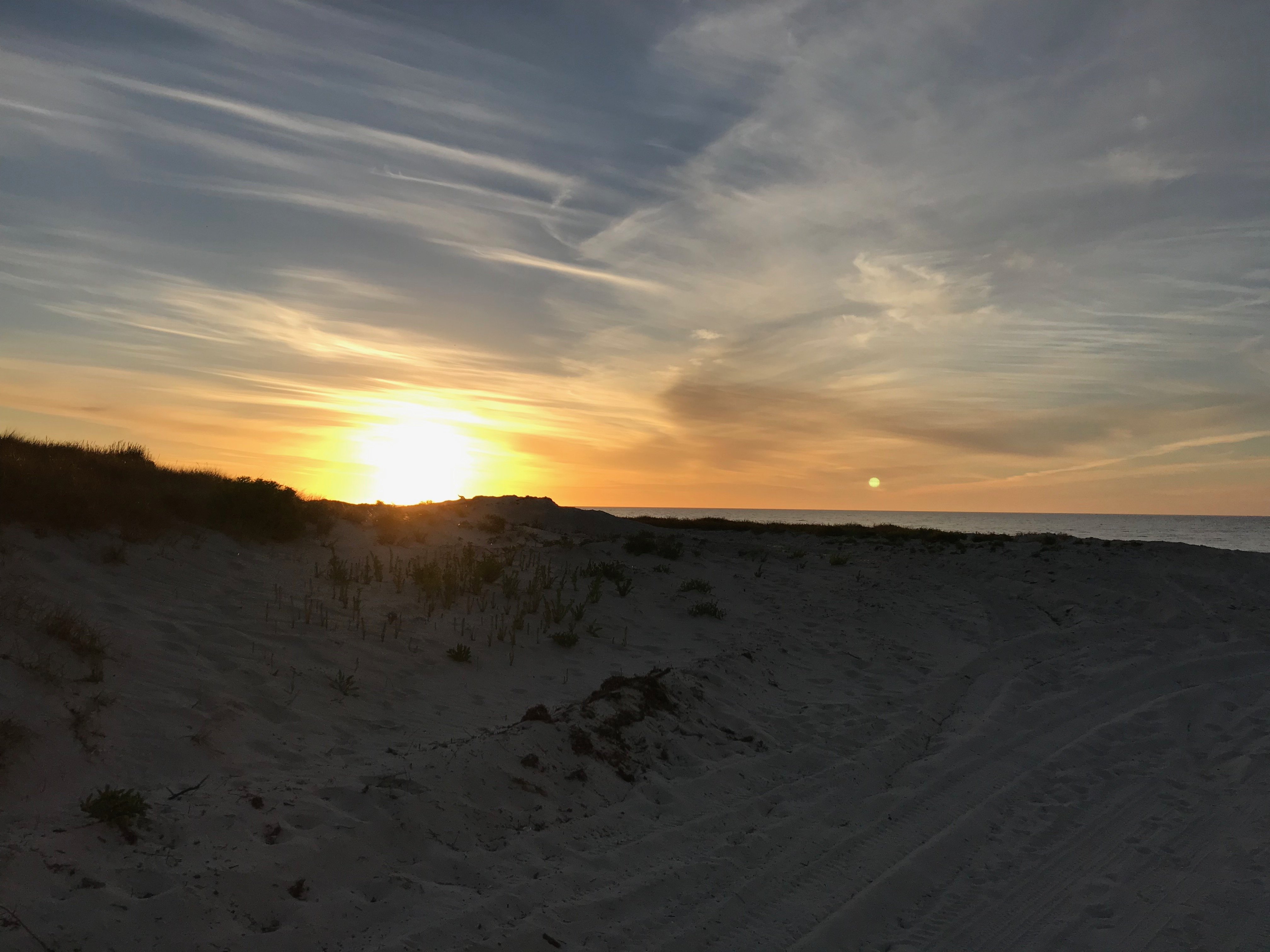 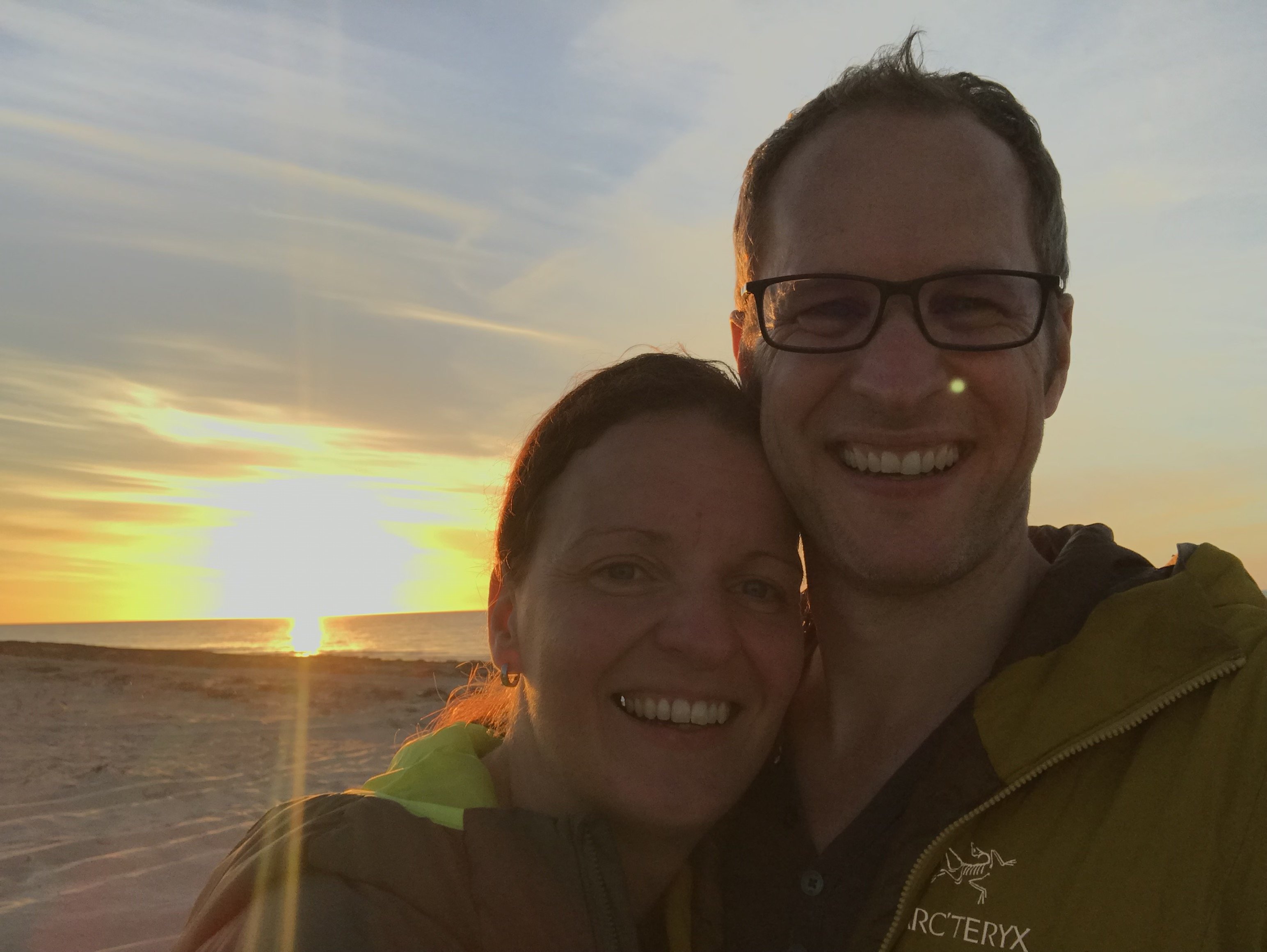 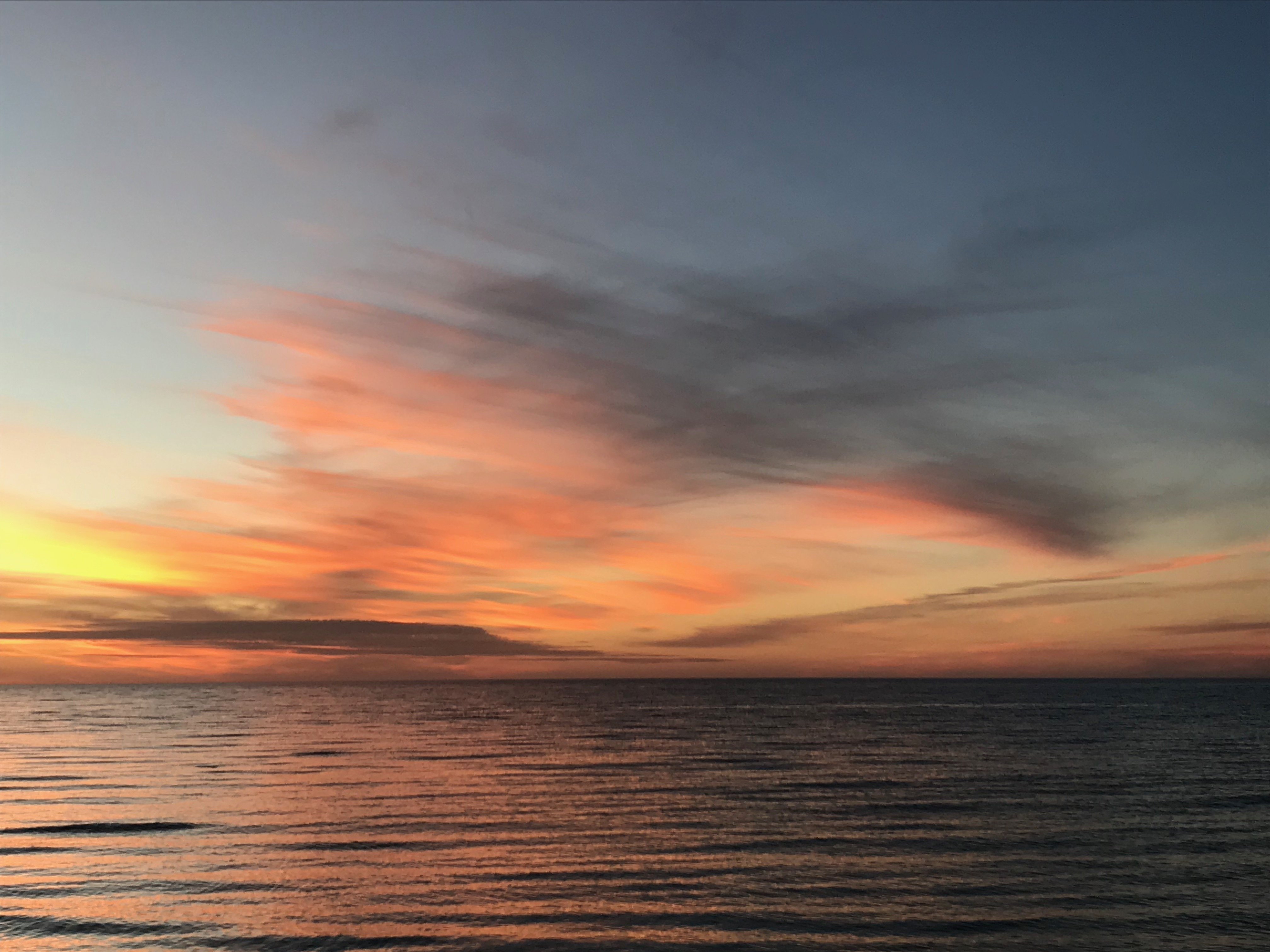 And because we liked the campsite so much, we called our new camper “King”. 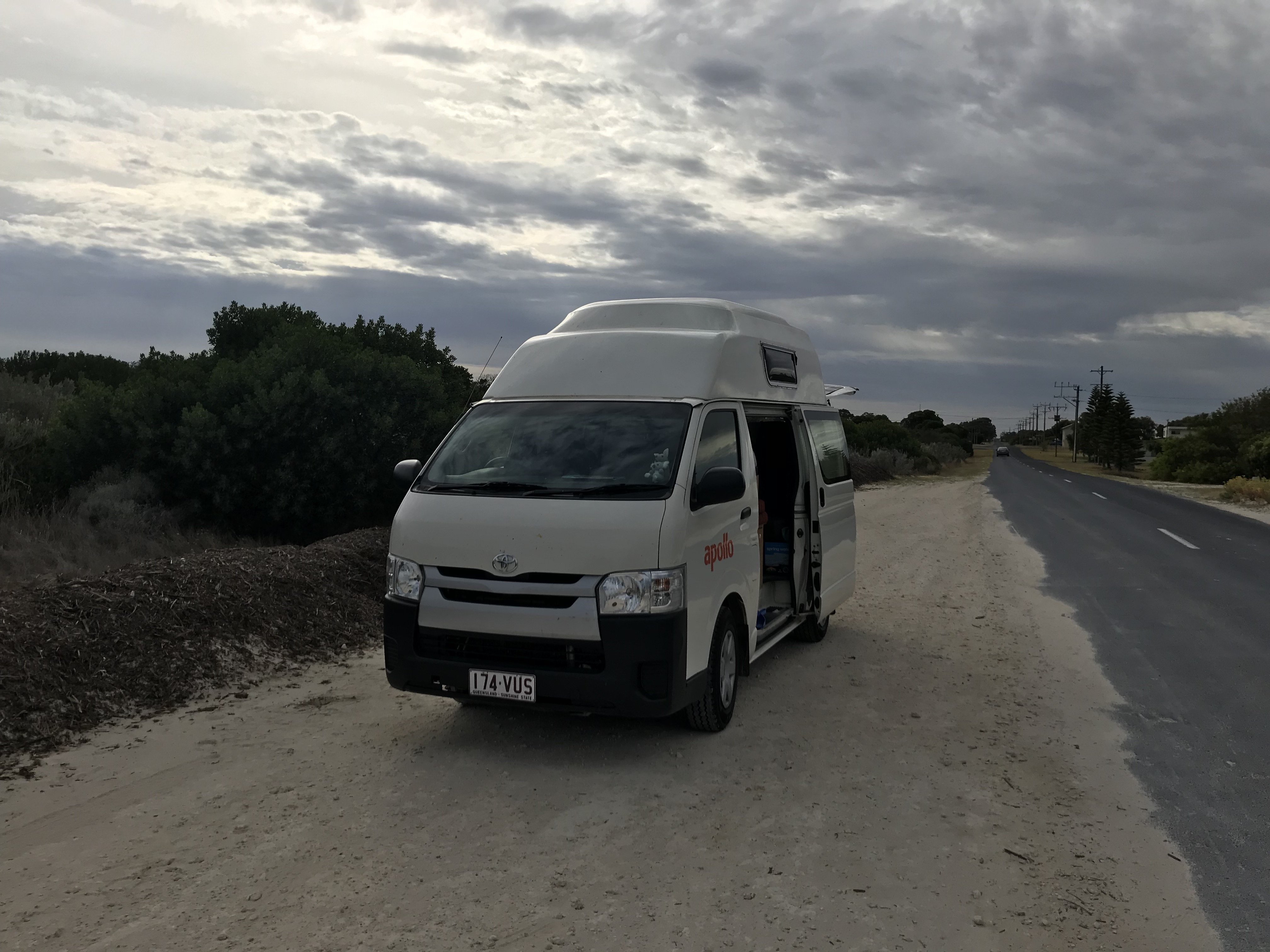 Mt Gambier is the second largest city in the state of South Australia and has less inhabitants than my hometown Wiehl. Let’s put that into perspective: The state South Australia is 2.75 x as large as the entire Federal Republic of Germany! No wonder that you can drive endlessly get from A to B and hardly meet a soul. In the morning we drove from Kingston to Mt. Gambier and crossed our 500 kilometer mark already on the second day. In Tasmania we drove only about 2,000 km during the whole month. So it’s getting a bit stressful here ?

Mt. Gambier is especially known for its Blue Lake. But also the Umpherston Sinkhole is definitely worth a visit. 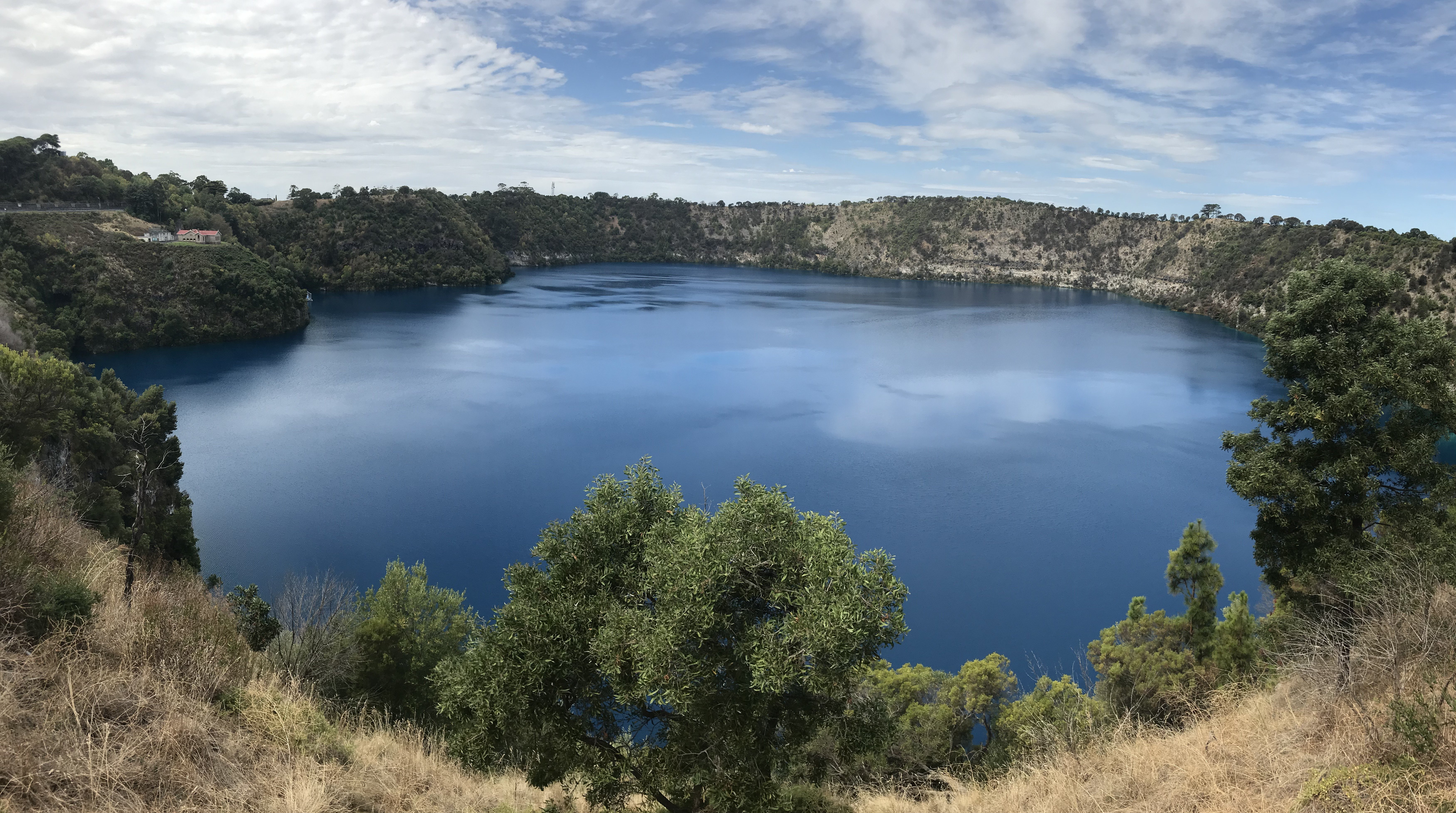 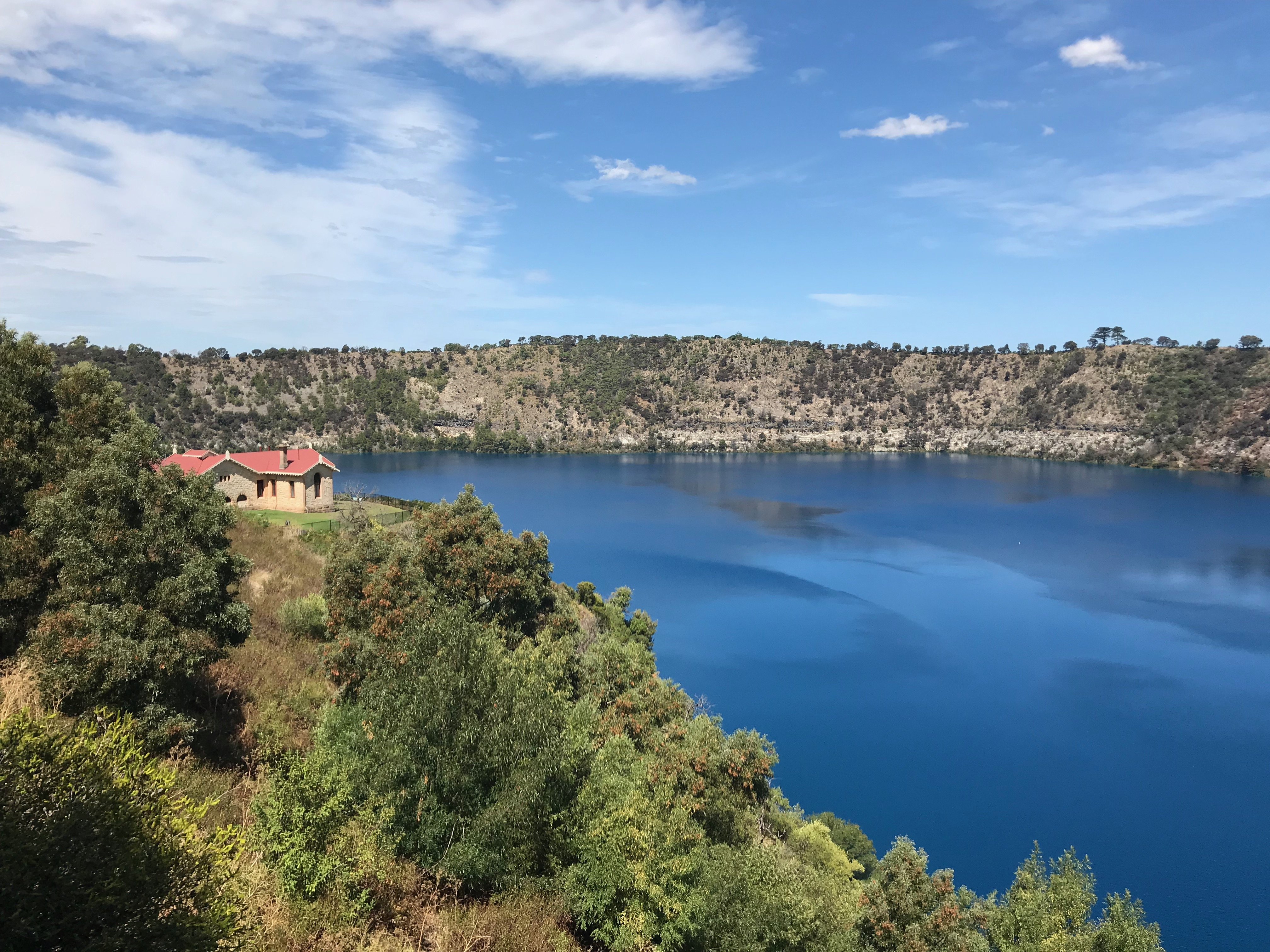 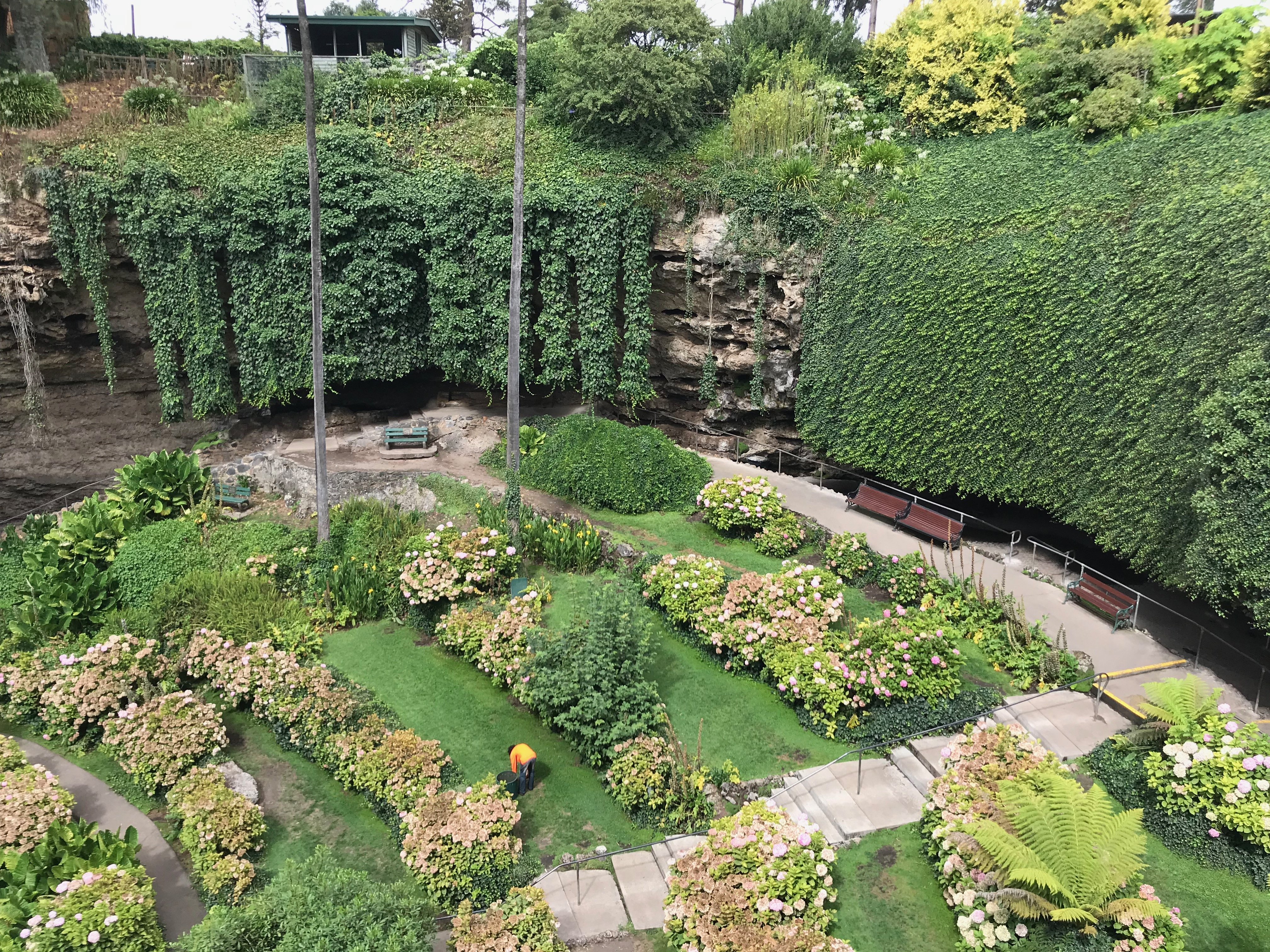 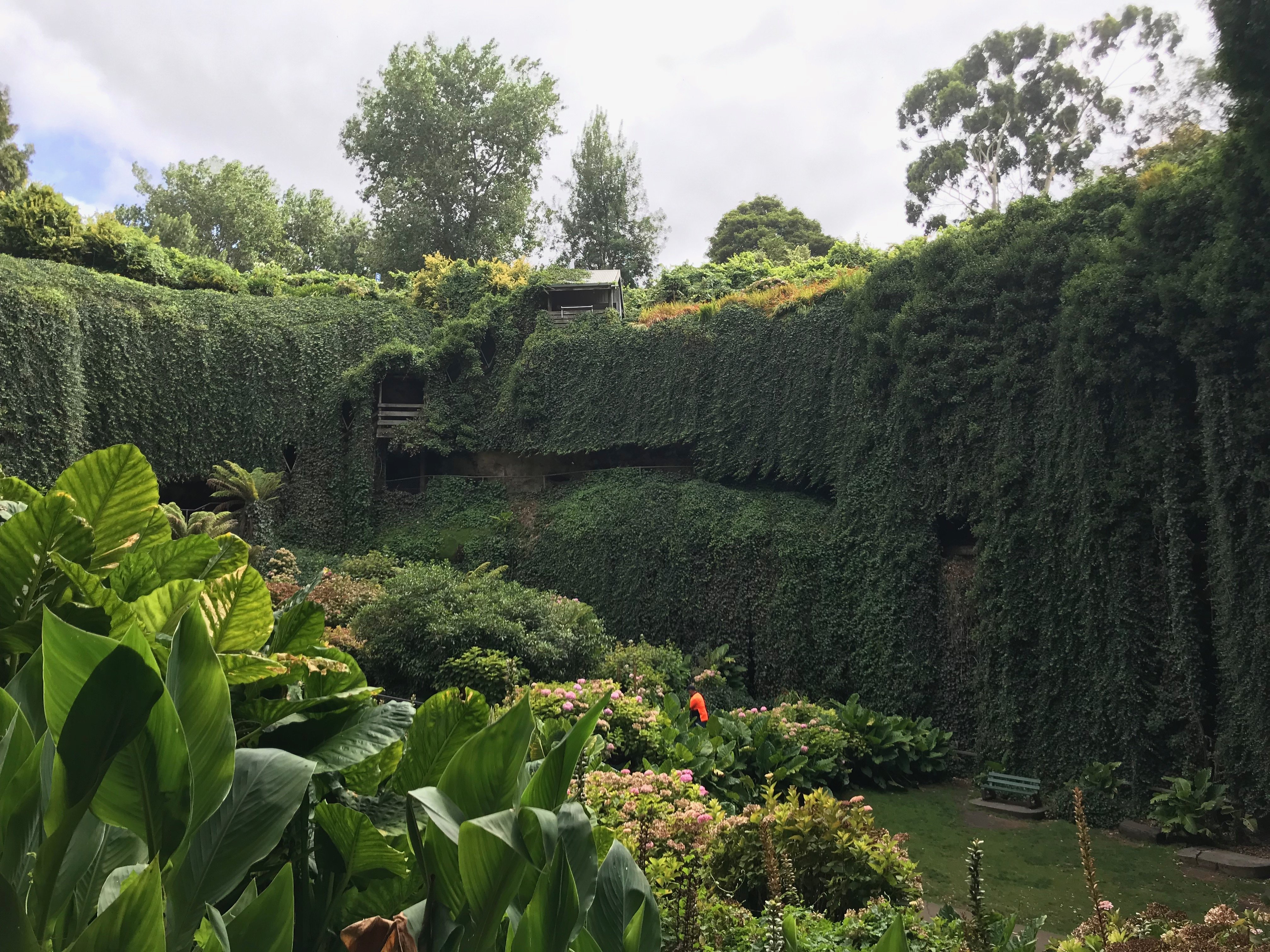 In Mt Gambier we stayed in the really beautiful Pine Country Caravan Park, which is within walking distance to the Blue Lake and therefore a nice starting point to explore the area. 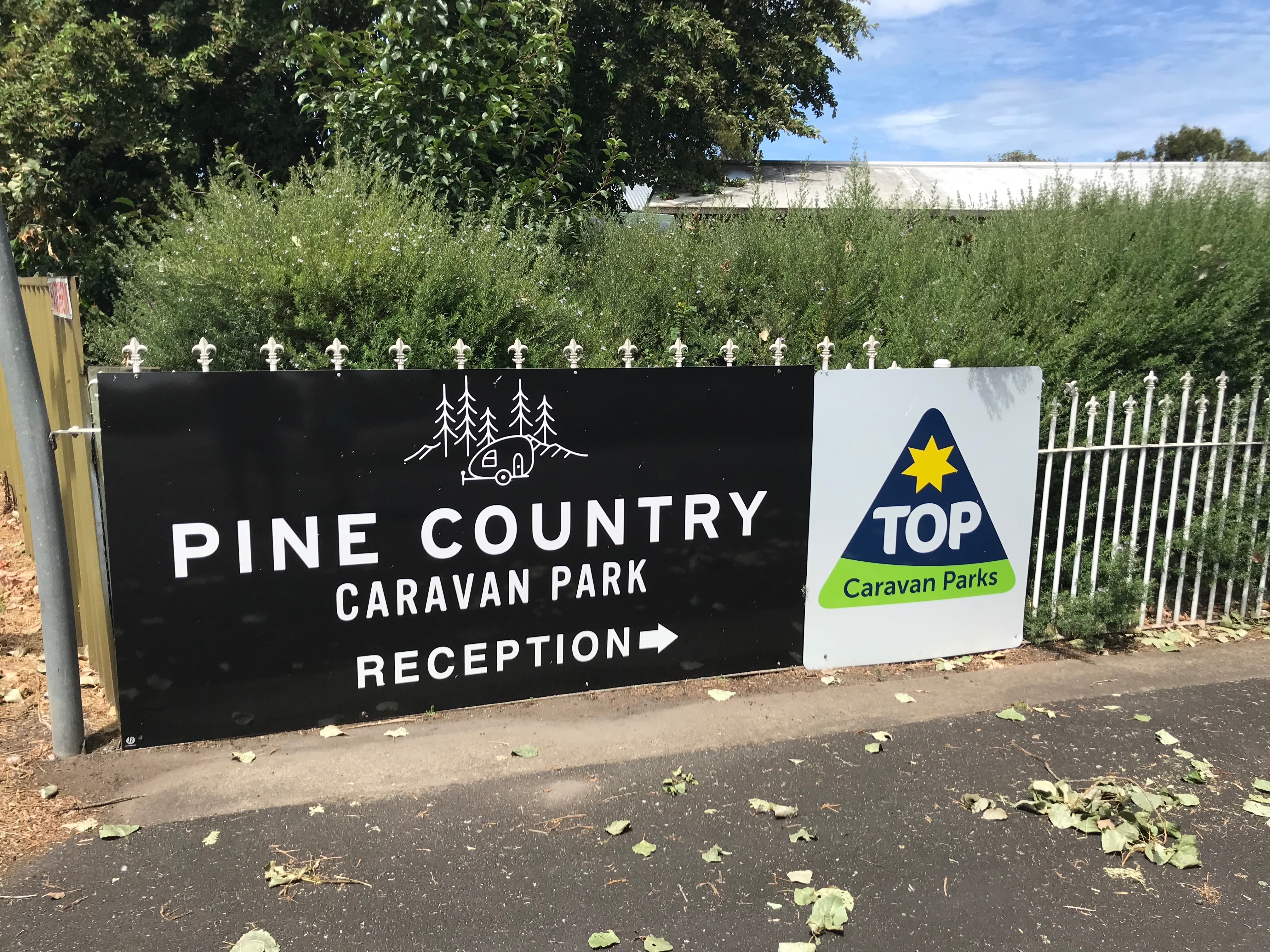 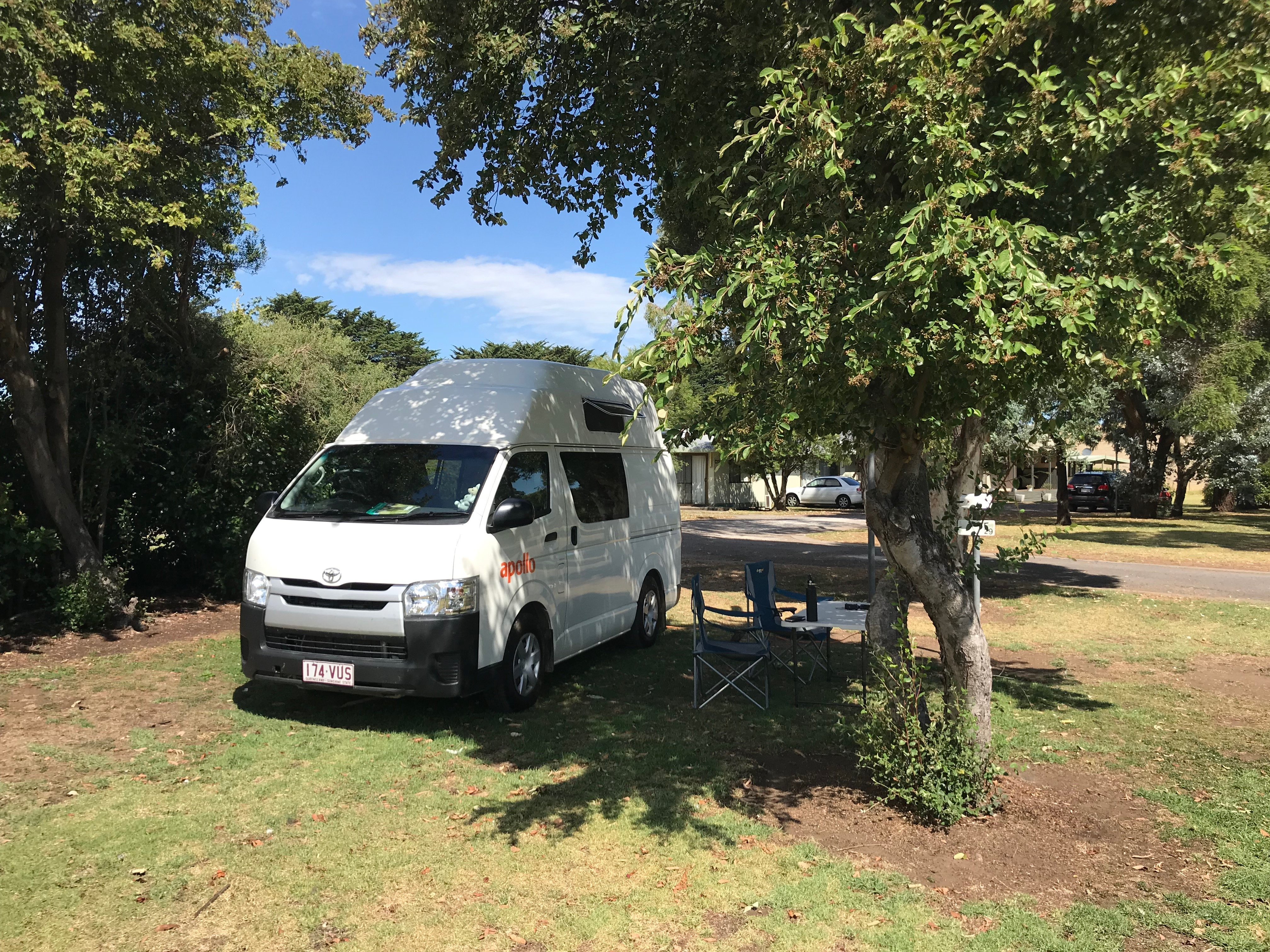 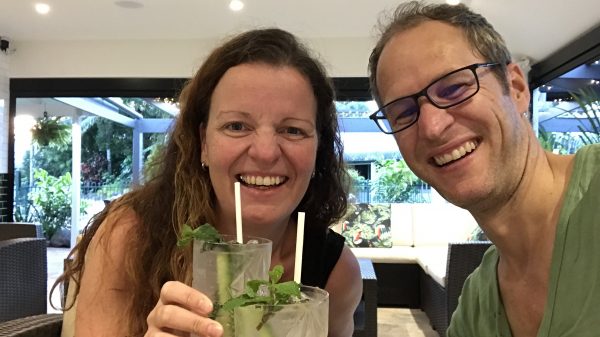 New Booking: Thailand it is! 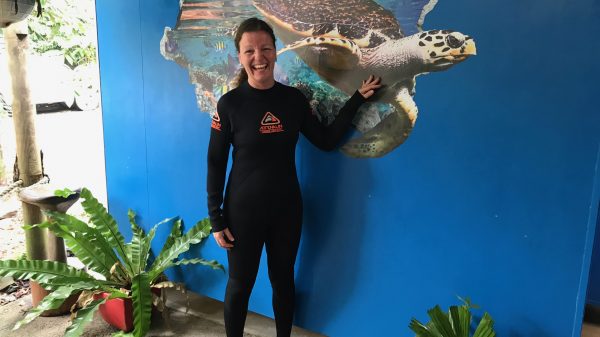