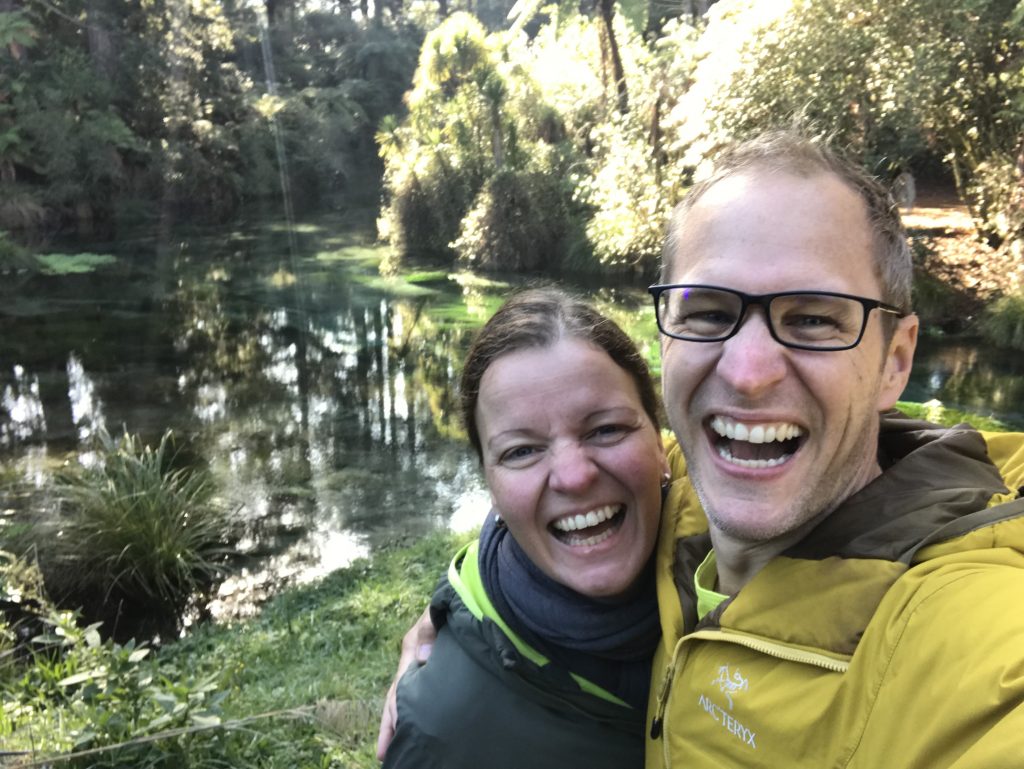 From Rotorua we moved on to some of our favorite places that we already visited in 2017: Hamurana Springs and McLaren Falls Park.

Last time we were on the North Island, we used recommendations from NZ Frenzy where we found this hidden gem: Hamurana Springs Reserve. It seems that it’s not so hidden anymore. Last time it was free; now it is $18 per person(~10,60 €). I am not sure if we would have paid this, if we hadn’t known the place. But Marcel was already looking forward for days so we paid and had the place all for ourselves. Well, besides ducks and swans. 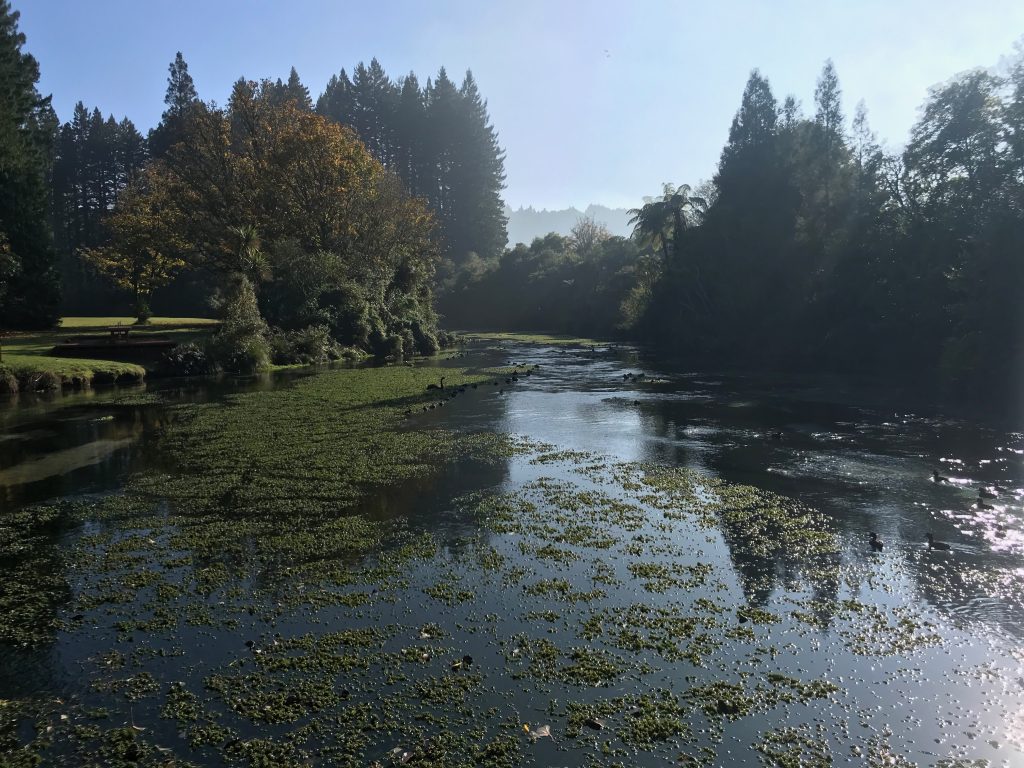 Hamurana Springs is the deepest natural spring in the North Island and it’s a fantastic walk along the little lakes and through the forest. The different colors of the water are mind blowing – a combination of green, blue and turquoise. And it’s so crystal clear, that you can see every details of the flora. 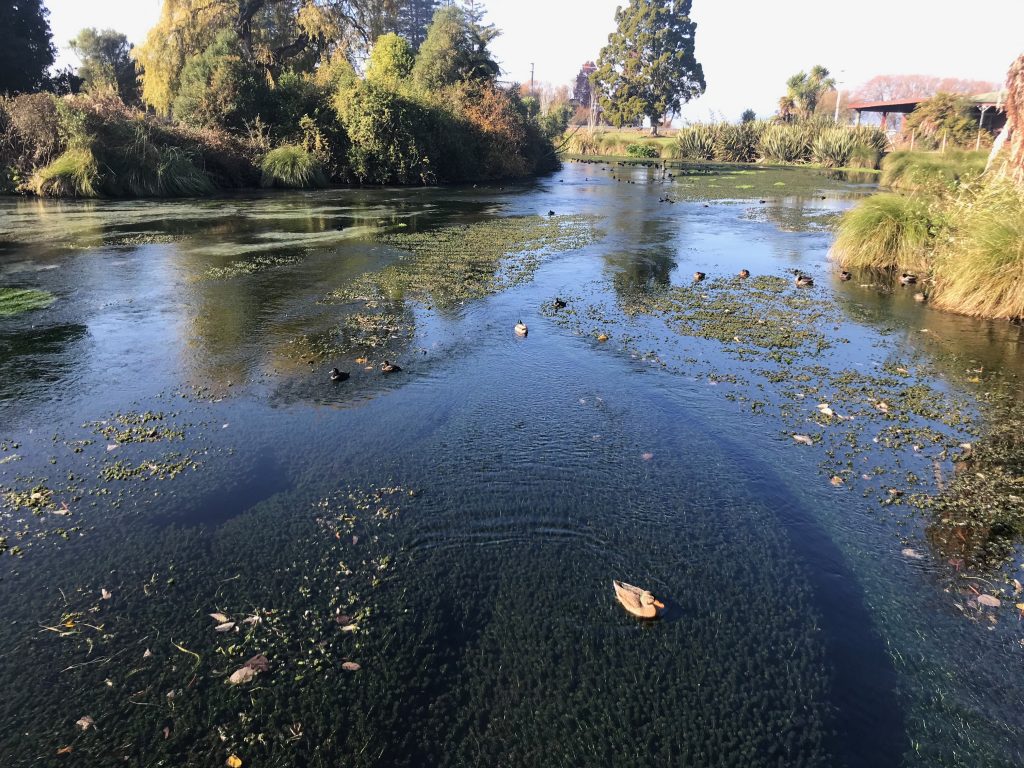 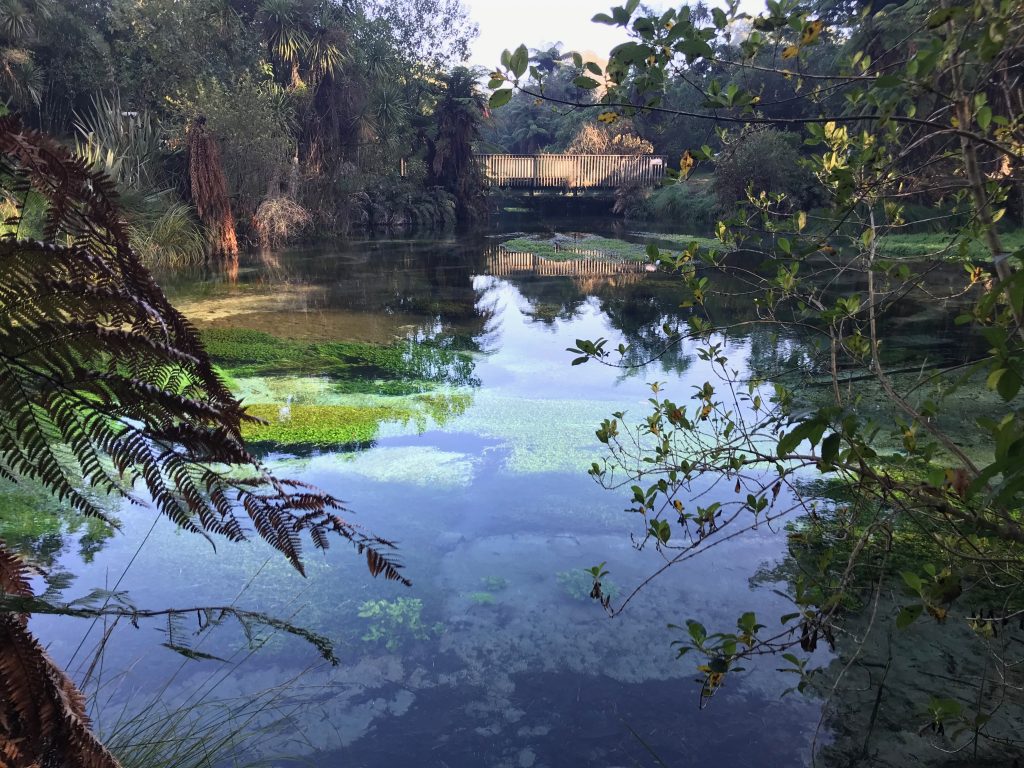 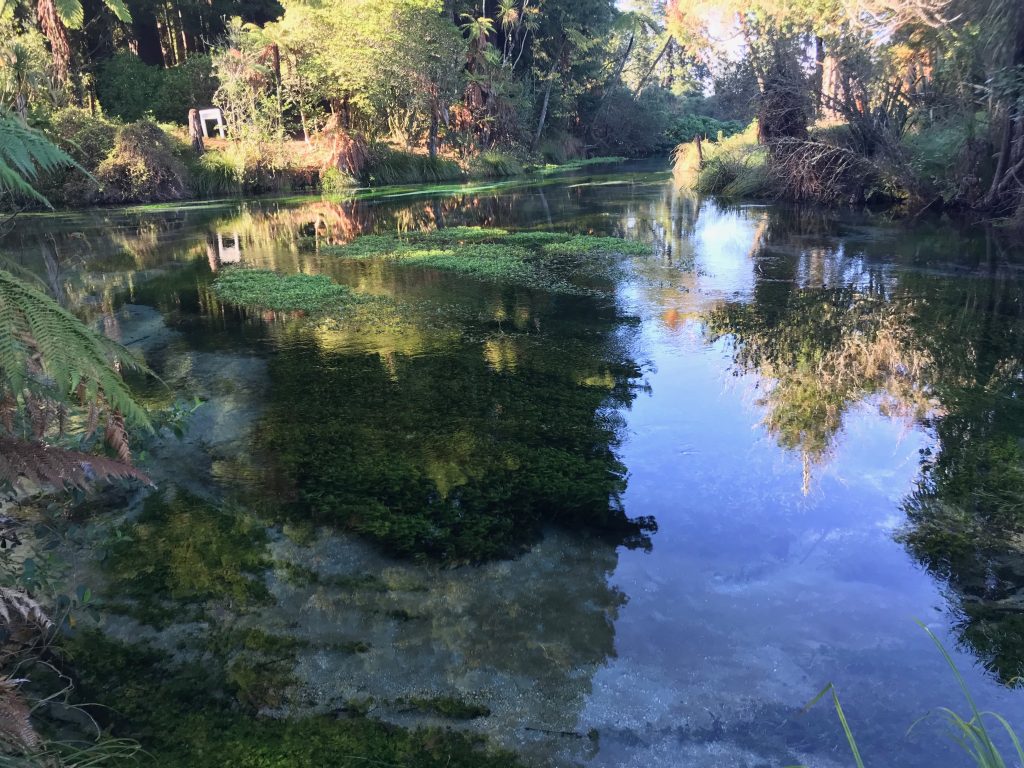 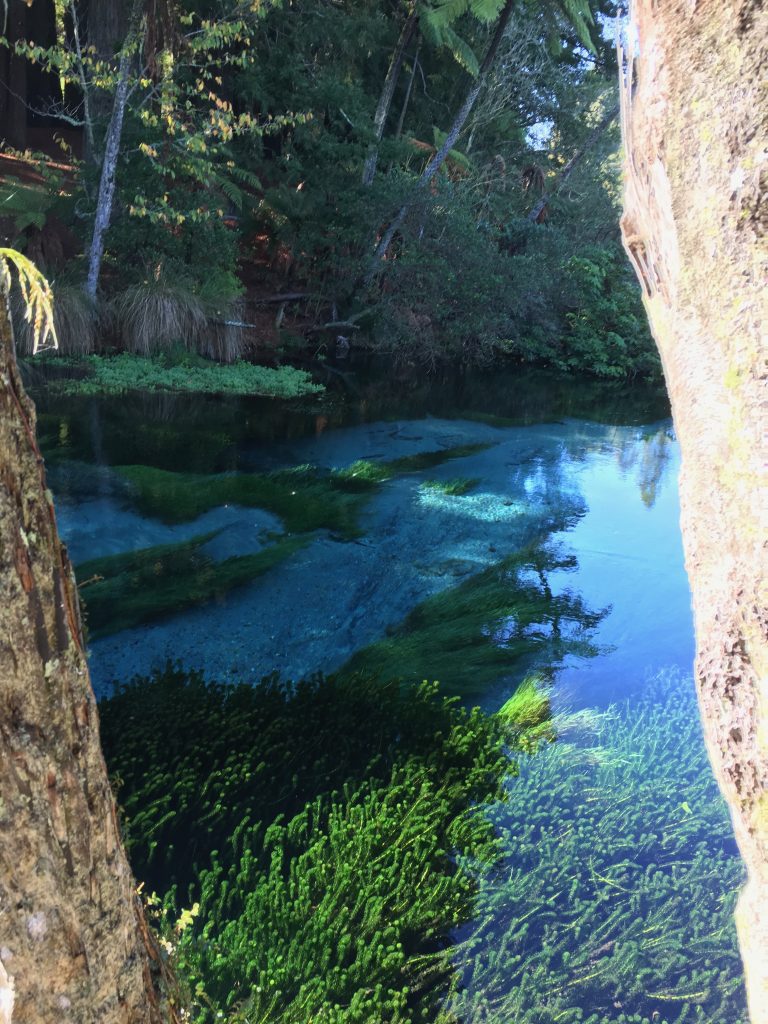 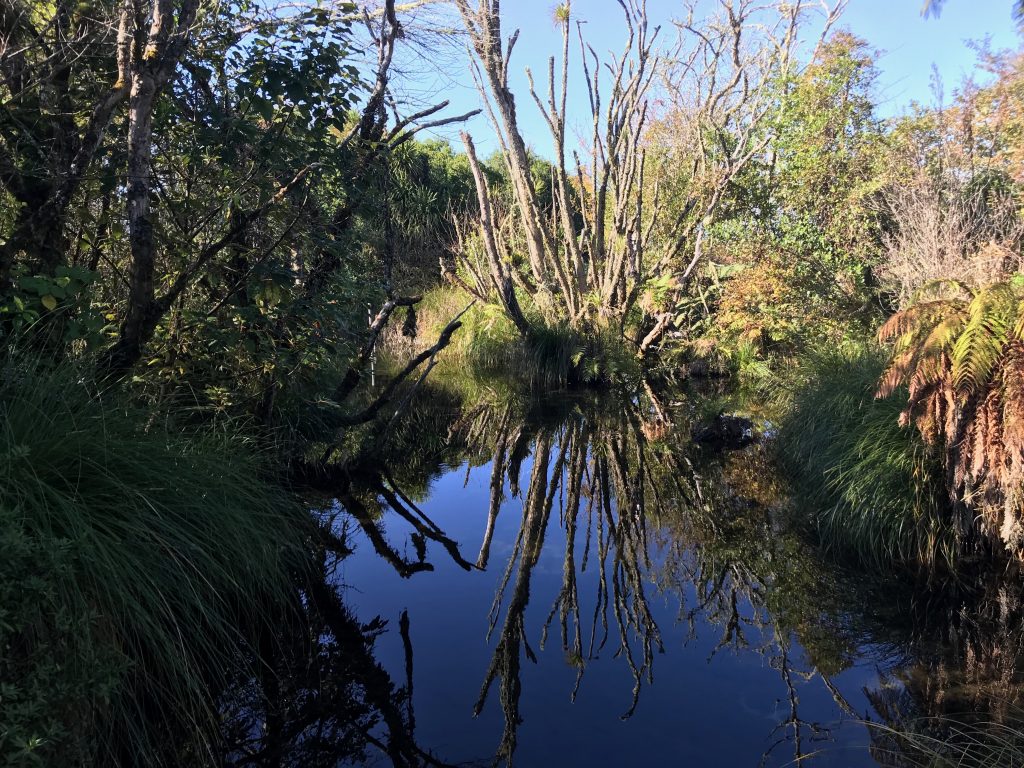 The coastal redwoods in this forest are also very impressive. They are the tallest plants on Earth today and can grow 100m high and 5m through. The tallest ones in Hamurana are mere 55m tall. As they were planted in 1919, they are basically “babies”; some redwoods in the world are 2200 years old. The bark of the trees were surprisingly soft. 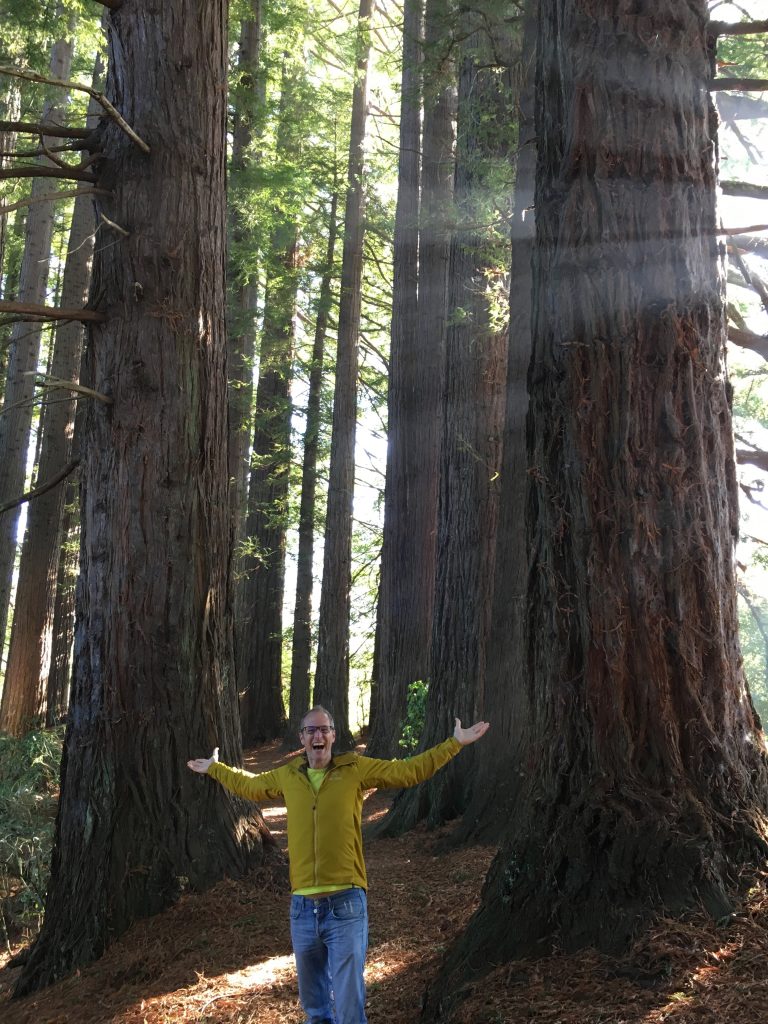 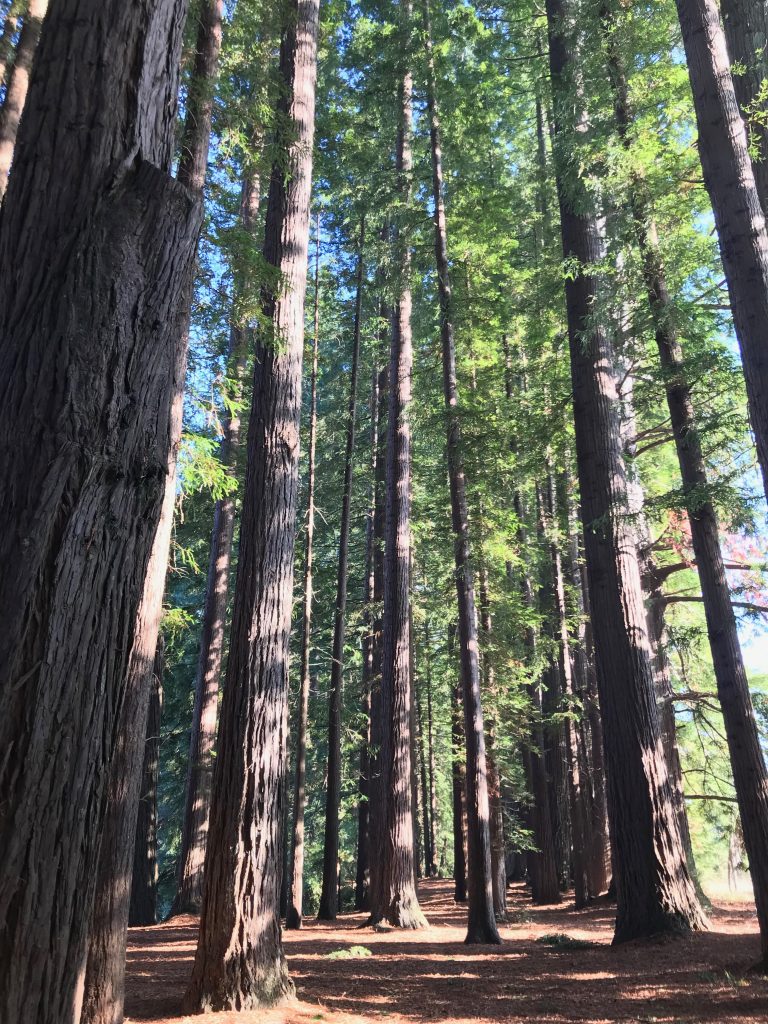 At one point during the walk, you can watch down the head spring which is about 15m deep and it produces 4.5 million liters of water PER HOUR. Amazing! 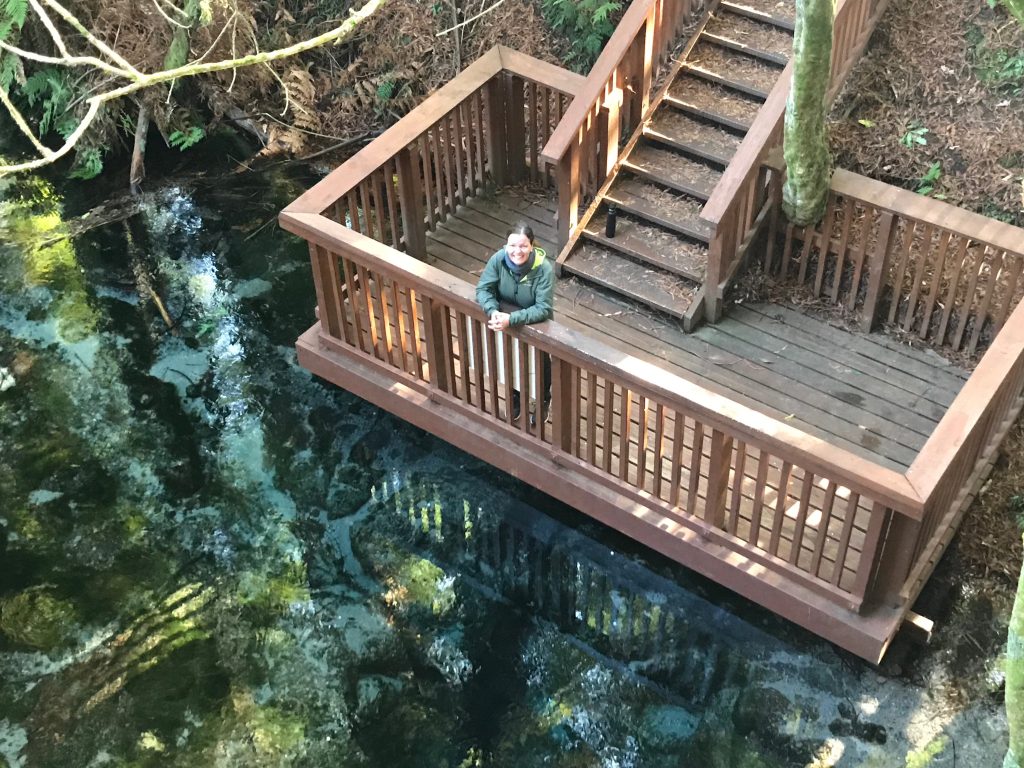 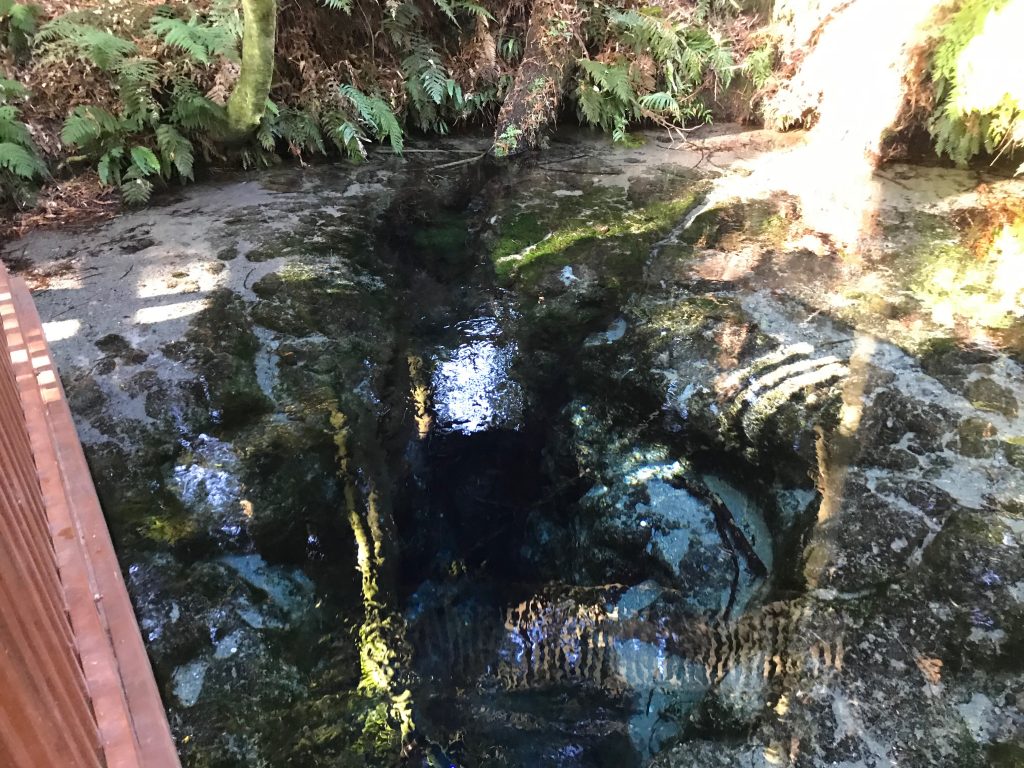 We had very fond memories from the McLaren Falls. Last time we stayed here two nights and from here could easily access the Hobbiton Movie Set Tour and a dolphin safari. We didn’t want to repeat those tours, but McLaren Falls is worth a visit especially for the glow worms. The park encompasses 190 hectares of parkland and we paid only $20 per night (~11,77€). 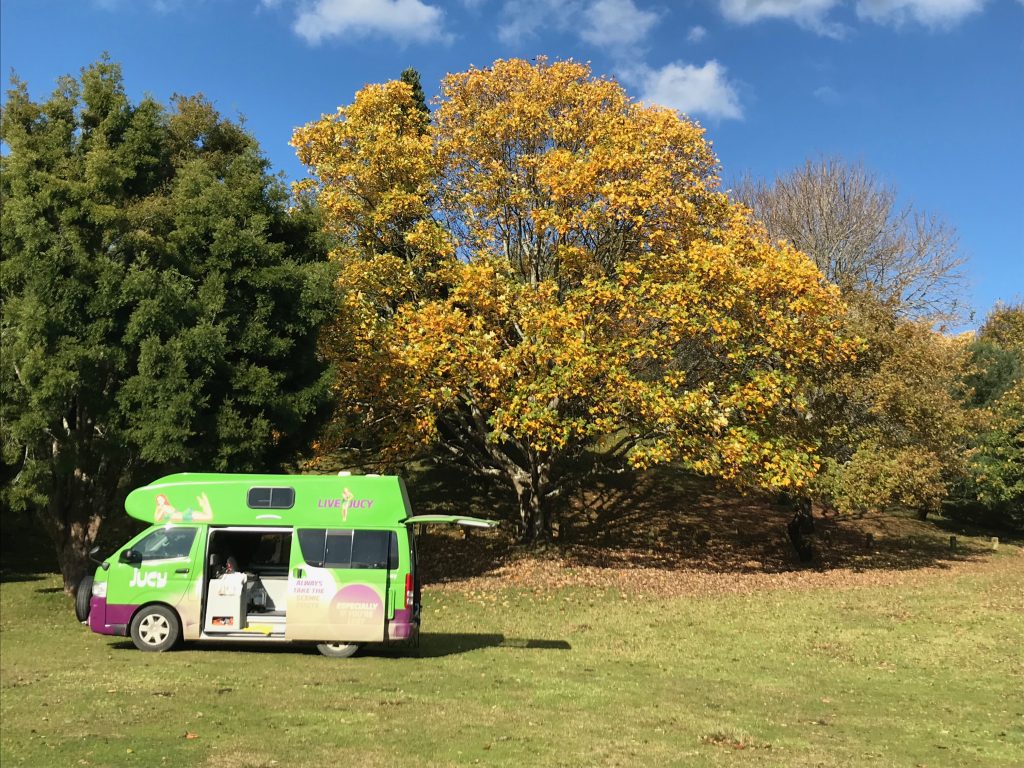 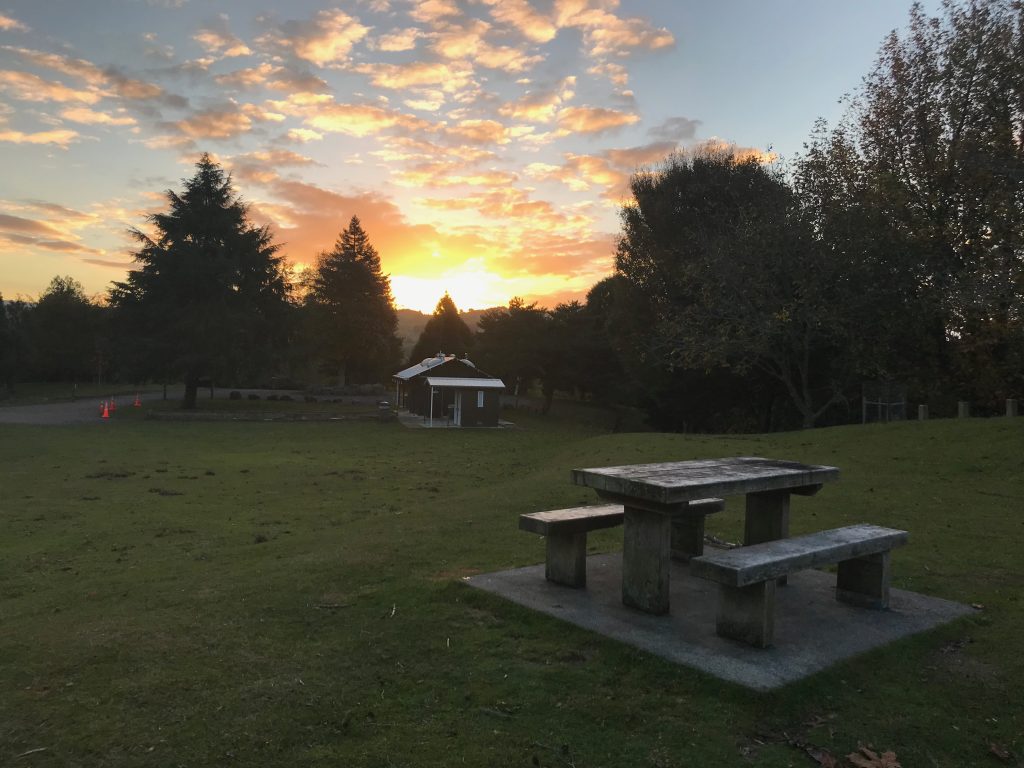 The waterfall track is a must-do when in the McLaren Falls park. 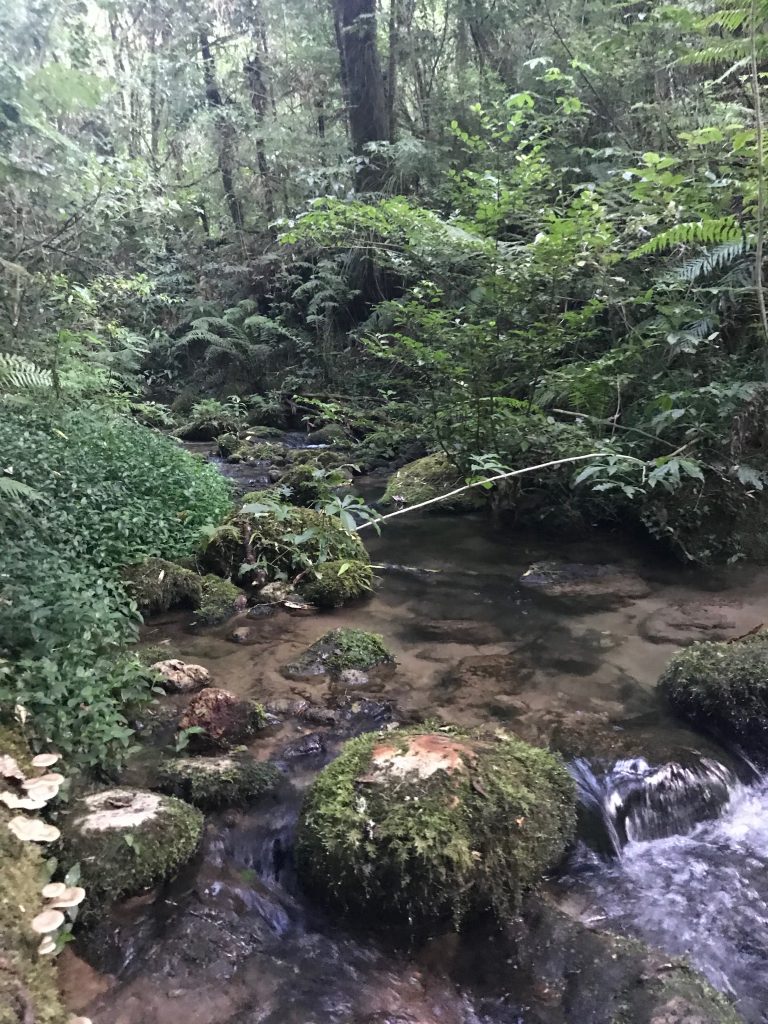 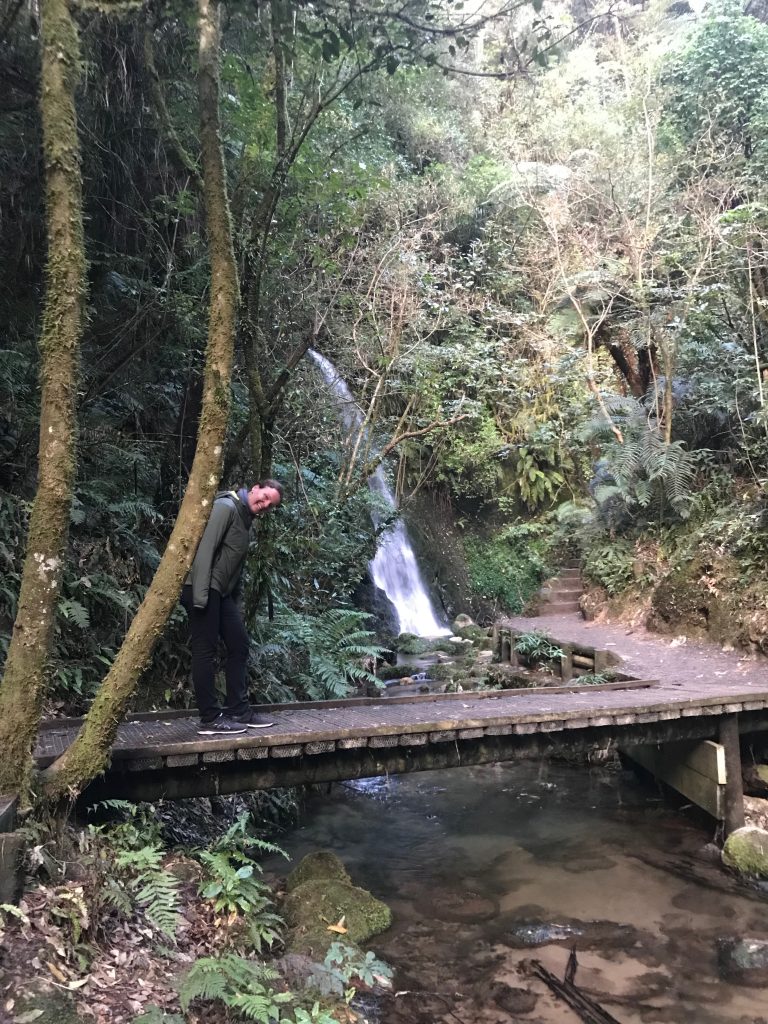 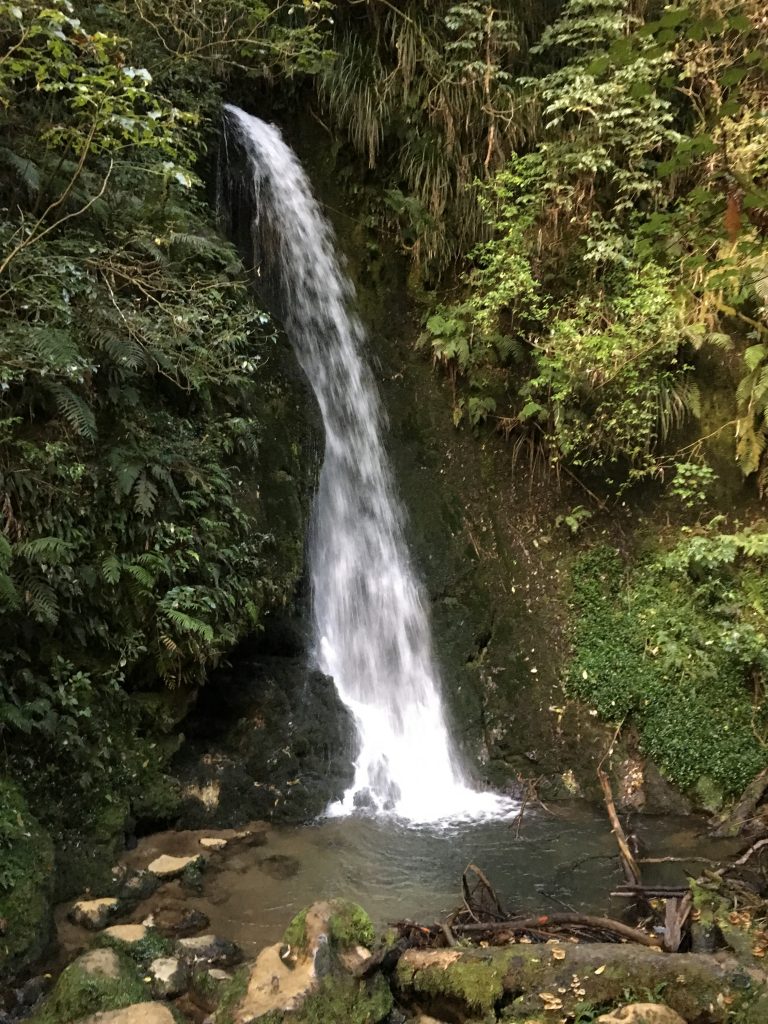 And you have to walk it twice – once during the day to enjoy the water fall and once at night when the billions of glow worms are visible. This blew my mind ones again even though I had already seen it here before. We have walked glow worm tracks also elsewhere – for example in Mount Field Nationalpark in Tasmania. But you could barely see any. Here there are millions and millions – and soooo close. As if they wanted to imitate the starry sky. I couldn’t stop watching… and then you go a few meters and there is another arch of glow worms. Unbelievable!

We stayed here two nights and walked through other areas of the park which are just gorgeous in autumn. 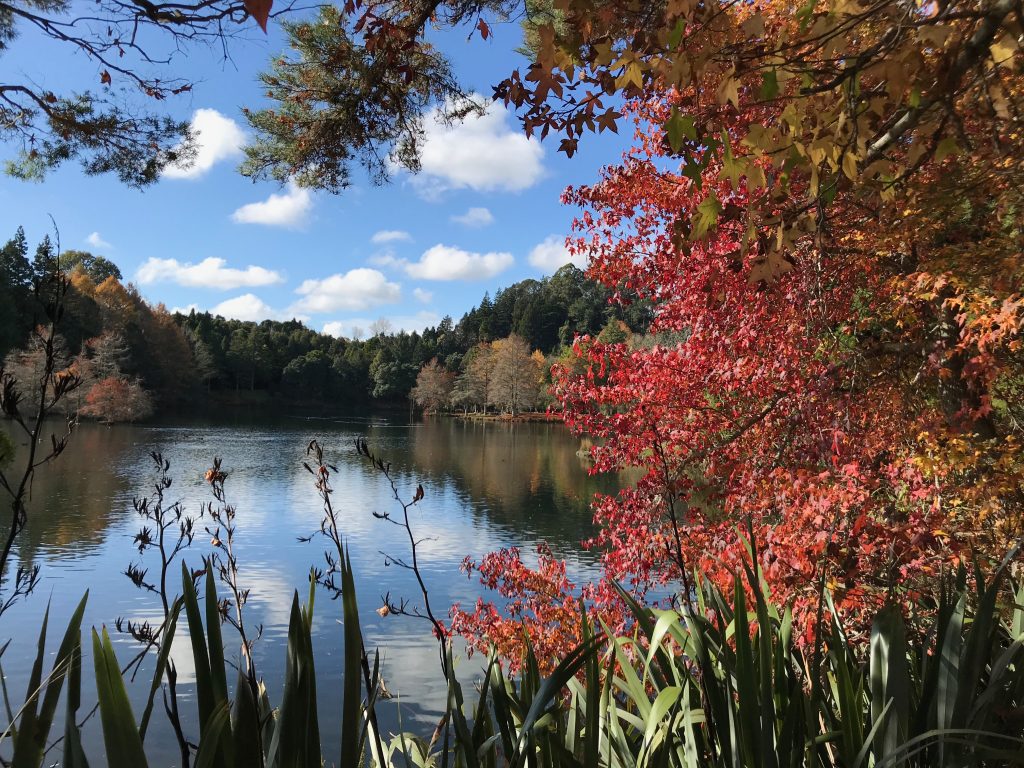 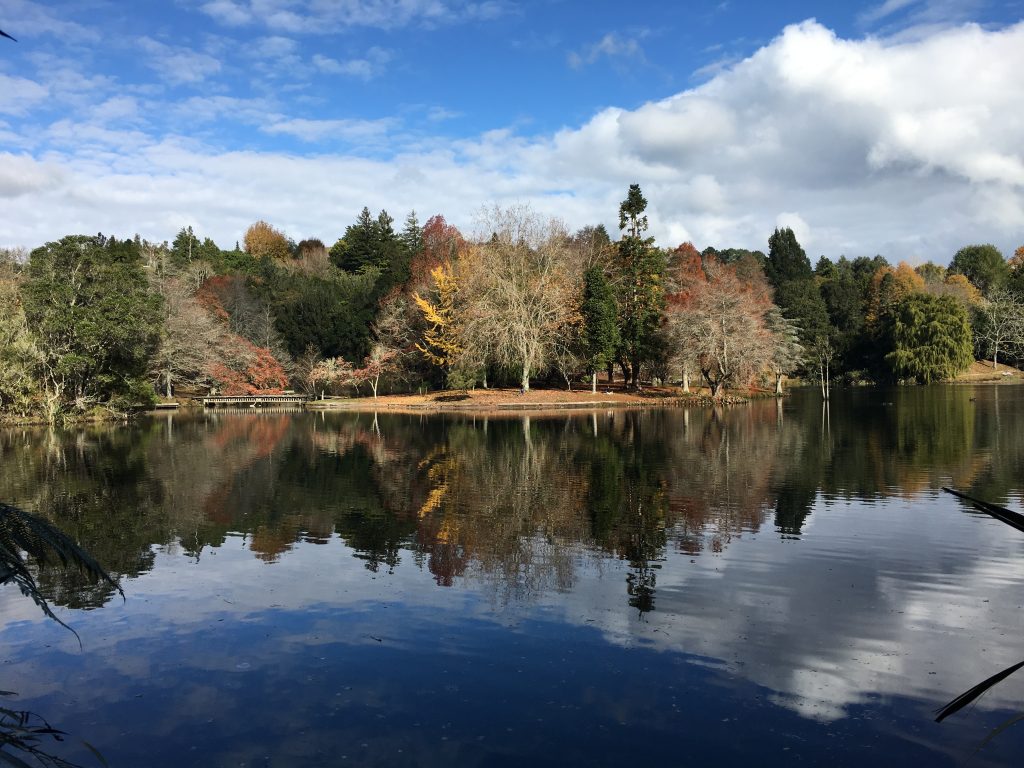 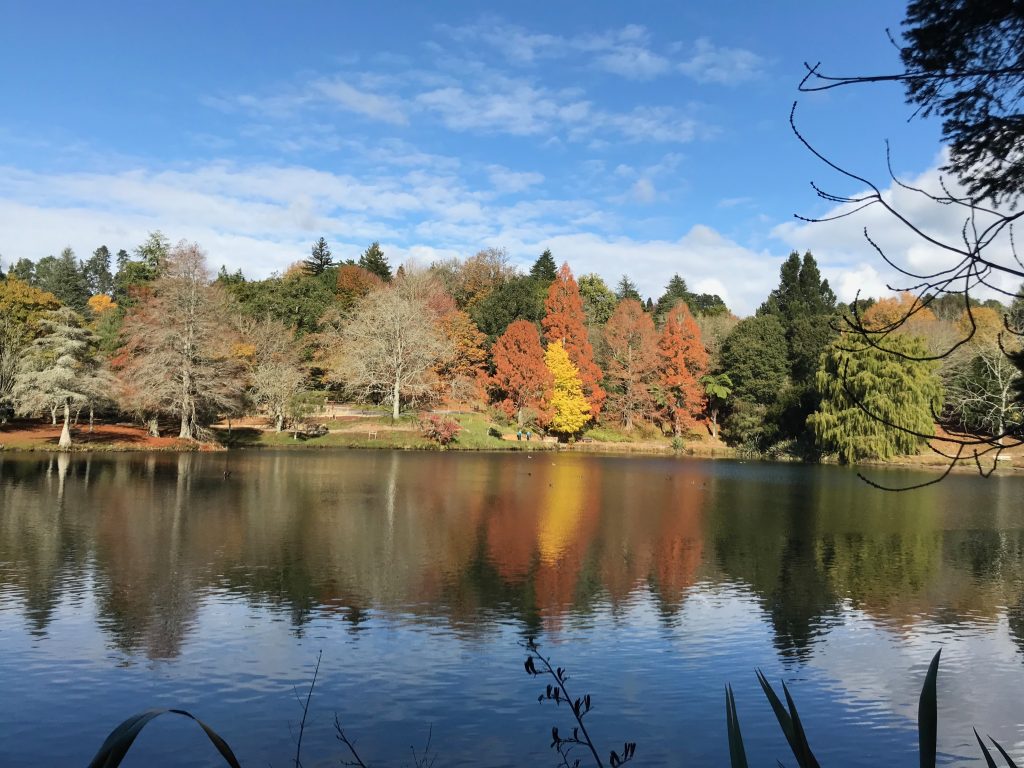 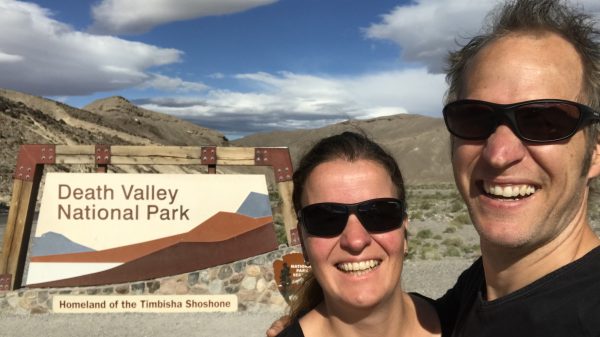 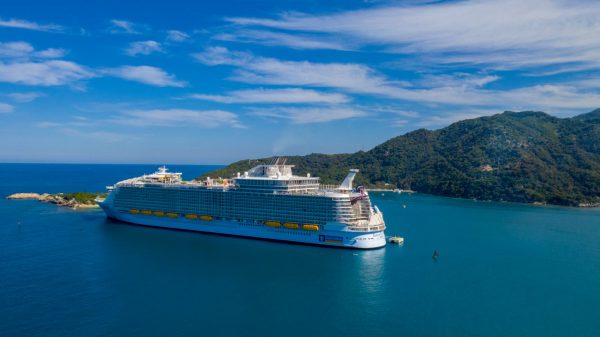 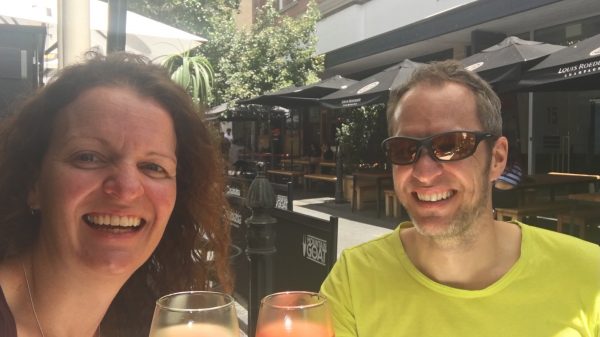